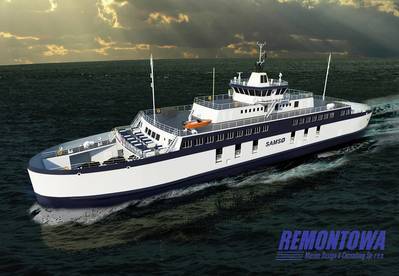 Due to enter service in September 2014 on domestic routes between the renewable energy island of Samsø and Hou on the Danish mainland, the eight-deck DNV-class vessel will carry a maximum of 600 passengers and 160 cars.