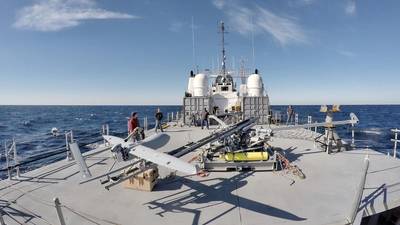 Oslo-listed drone company Nordic Unmanned has received a conditional letter of award from the European Maritime Safety Agency (EMSA) for a contract worth up to 20 million euros ($23,75 million).

The official value of the framework contract is EUR 20 million over a period of up to 2+1+1 years. Nordic Unmanned is the contractual partner with EMSA.

Nordic Unmanned will utilize Textron Systems' Aerosonde as its drone platform and two complete systems, including training, will be delivered during the next six months.

Nordic Unmanned  Teamed up with Textron Systems Corporation back in March, to enter the fixed-wing segment of the European drone market, and it said at the time it was competing for the EMSA contract announced today.

Before receiving the final framework award, a mandatory initial configuration test must be successfully completed within eight weeks. The official
the signing of the contracts is expected to be before the end of September, the drone firm said.

Subject to the final signing, the utilization of the framework contract will be based on call-offs from the client during the lifetime of the contract.