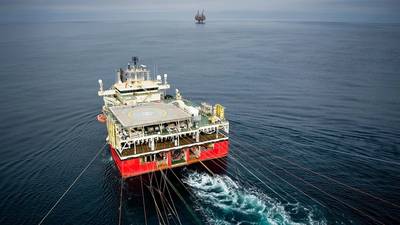 Offshore seismic survey contractors PGS and Shearwater GeoServices have been awarded framework agreements with Equinor for 4D towed streamer seismic acquisition on the Norwegian continental shelf (NCS) in what Equinor said was a new way of working with seismic contractors.

The agreements have a total estimated value of around NOK 700 million (~USD 82,7 million).

“This is a new way of working with seismic suppliers. We are moving away from annual tenders towards a more long-term collaboration model. This will ensure improved predictability and more sustainable rates for suppliers in the seismic industry that is traditionally exposed to significant cyclicality,” says Peggy Krantz-Underland, Equinor’s chief procurement officer.

PGS and Shearwater have been awarded generic framework agreements covering 4D seismic services on the NCS for a firm period of two years starting in 2021.

The agreements include two two-year options and can also be applied for the UK continental shelf.

"4D seismic gives us better data to map remaining oil and gas resources as the reservoirs are being produced. These contracts will help us optimize the reservoir drainage and place new wells, and thereby achieve our ambition of recovering 60 percent of oil and 85 percent of gas on the NCS," says Charlotte Bøe Tjølsen, vice president of petroleum technology operations in Equinor.

PGS has also been awarded a specific framework agreement for 4D seismic services at the Gullfaks field in the Norwegian part of the North Sea. The agreement comprises an exclusive right to acquire up to three surveys prior to 2031.

"The new agreements will create important activity for the suppliers. The offshore operations will be supported by PGS’s office in Oslo and Shearwater’s offices in Bergen and Gatwick," Equinor said.

"Shearwater’s commitment to geophysics and established leading 4D technology positions us well to deliver high-quality time-lapse measurements for Equinor. This new frame agreement provides us with increased visibility and the opportunity to optimize utilization and efficiency into the future,” said Irene Waage Basili, the CEO of Shearwater GeoServices. The frame agreement with Equinor has a firm period of two years starting in 2021 and includes two additional two-year option periods.

PGS is scheduled to acquire two 4D GeoStreamer monitoring surveys in 2021 over Fram and Tordis/Vigdis fields. The first survey is scheduled to start in June 2021, and the total duration for the two 2021 projects is estimated at around 2.5 months.

Rune Olav Pedersen, President & CEO in PGS: "“We are very pleased to be awarded these important framework agreements. We operate in a cyclical industry with low visibility, and longer-term contracts improve our order book and financial predictability in a challenging seismic market. An important part of our strategy is to maintain leadership in the production 4D segment.

"The confidence Equinor shows by awarding us these frame agreements confirms our strong position in the 4D market, the reliability of our Ramform vessels and the superior data quality provided by our GeoStreamer technology.”