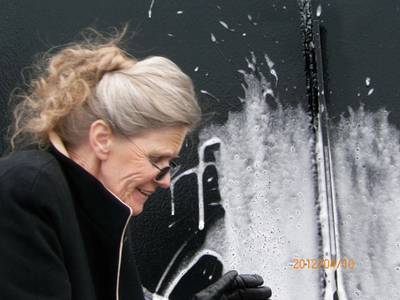 Ellen Boothe, wife of the vessel’s namesake, Ken Boothe Sr., former General Manager of Donjon Shipbuilding & Repair LLC, who passed away unexpectedly during the first year of operations, christens the Ken Boothe Sr. at an event on April 10, 2012.

This ATB is the first of its kind to be built in Erie, Pennsylvania, since 1972.

Donjon reopened the yard in December, 2009.

"We are so pleased to christen this state-of-the-art ATB here in Erie, and to share in the success with our partner Seacor. This exciting chapter in our companies' stories is one we can all take pride in today and long into the future," said J. Arnold Witte, President and CEO, Donjon Marine Co. Inc.