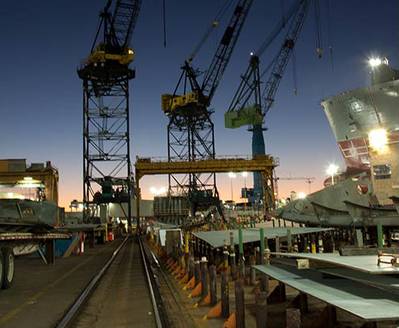 Breaking with its past practice, the company issued a forecast of a sharp increase in full-year earnings in its press release on results, rather than wait until a conference call with analysts.

"General Dynamics' performance was rock solid this quarter, rounding out a strong first half," said Chief Executive Officer Phebe Novakovic. She said revenues were up 6.3 percent year to date, fueled by growth in all four business segments, including defense.

The company repurchased 7.5 million shares in the quarter, bringing the total to 12.1 million year to date.