It’s European Design, But Built For The Jones Act Market 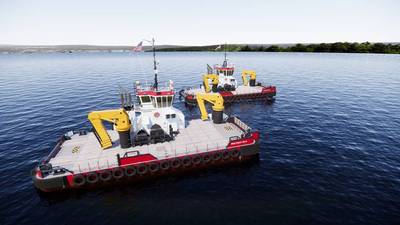 The Netherlands-based Damen Shipyards Group is one of the industry’s largest and most recognized shipbuilders, perhaps best known for its standardized, serial production workboats. Now with several dozen newbuild and repair yards on the map, the company has produced more than 6,000 vessels over its 90-year history—from harbor tugs and offshore supply ships, to ferries and patrol craft. But Damen does not have a shipyard in the United States, and therefore doesn’t directly build vessels for the Jones Act market. Instead, it licenses its designs to U.S. shipyards, as seen recently with Louisiana shipbuilder Conrad Industries and Houston-headquartered dredging contractor Great Lakes Dredge & Dock.

In early July, Damen announced it concluded a license agreement with Conrad to construct two Damen Multi Cat 3013 workboats for Great Lakes—the first Multi Cats to be built in the States. Construction at Conrad is already underway, the shipyard reported, and deliveries are scheduled for third and fourth quarters of 2022.

A ‘multifunctional tool’
Offered in several configurations and sizes ranging from roughly 41 feet to 120 feet, the Multi Cat can be categorized as a utility/support vessel, once described in this publication as a “Swiss Army Knife” type of workboat, engineered for heavy-duty work in inland and nearshore shallow water settings, or deeper waters farther from shore.

“The Multi Cats are designed as multifunctional tools for maritime construction and dredging support,” explained Damen sales manager Daan Dijxhoorn. “The barge-like hull shape provides a lot of deck space for the works on deck, and also enhance the stability that these vessels need for their lifting capabilities, with their massive deck cranes that will be placed on board.” 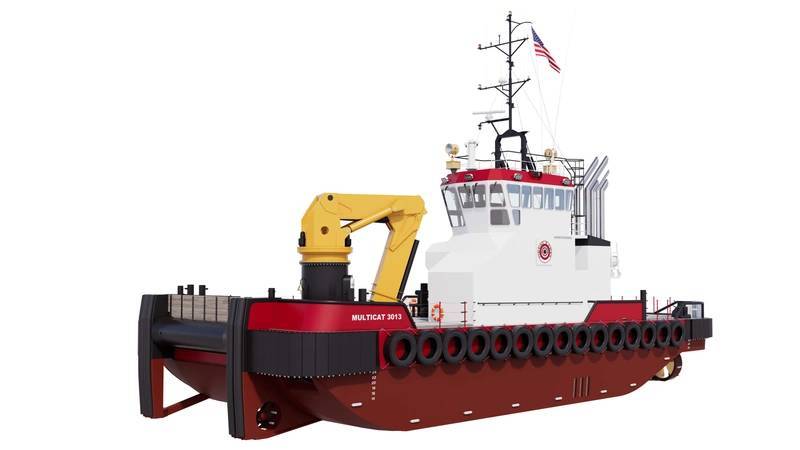 The two identical vessels will measure 98.92 feet long, and each will be powered by three Caterpillar C32 TTA engines, making the vessels able to reach speeds of 10.2 knots. Each will also be equipped with large winches and deck cranes, with a maximum bollard pull of 31.75 short tons.

David Johanson, senior vice president at Great Lakes Dredge & Dock, said the company gained previous experience working with Damen Multi Cats over the course of several international projects, and that the Multi Cats 3013 fit the company’s current needs. “The model selected fit our operating requirements, including stability offshore, lifting capacities and a large open deck,” he said. “We'll be using the vessels as a multipurpose dredge support vessel, performing tasks such as anchor handling, slurry pipeline installations, dredge service and supply, plus towing. These vessels are not built for a specific project, but multiple projects normally involving direct pumping of dredge materials.”

But, according to Dijxhoorn, “What will truly make these Multi Cats stand out is the concept itself. It will be the deck equipment that they have on board, such as the winches and the deck cranes, the Kraaijeveld winches, the stern rollers, because those will enable Great Lakes to bring hoses and pipelines that they're using in their dredging operations onboard, secure them safely, and then do their operation safely and in an efficient manner, safely on deck.

“We expect them to bring increased efficiency and safety to a rapidly growing dredging industry.” Dijxhoorn said. 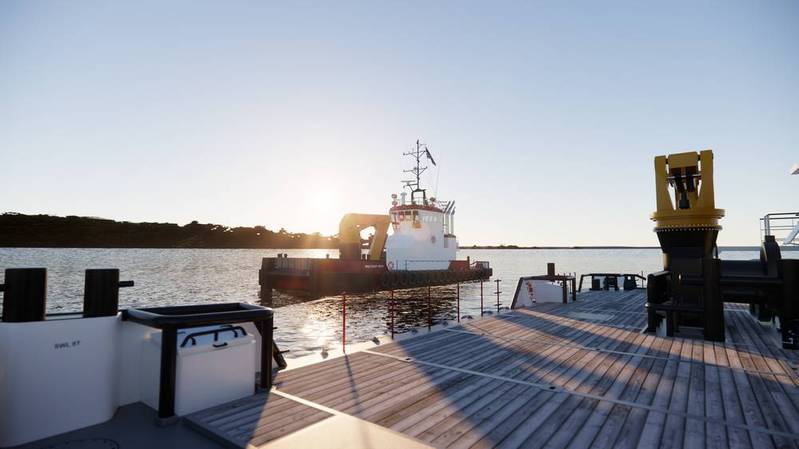 “For decades, dredging pipelines have been installed and maintained with an assortment of floating equipment, such as derricks, anchor barges, tugboats and pontoon tanks,” Johanson said. “The Multi Cats will improve our operating efficiencies by eliminating the need for multiple vessels to perform these tasks.

“The Multi Cats provide a step change on how we and the rest of the dredging operators perform work,” Johanson continued. “The vessels provide a stable platform to conduct hose and pipeline operations securely on deck, thereby reducing the risk of man overboards due to floating equipment transfers, and current installation techniques using industry-standard pontoon tanks.”

In addition to enhancing safety and efficiency, the latest orders are part of Great Lakes’ wider fleet renewal and expansion plans, Johanson said: “We continually look for ways to improve our operating efficiencies and the safety of our crews. The Multi Cats represent a piece of our current fleet improvement program, where 12 new vessels are currently under contract with Conrad Shipyards.” 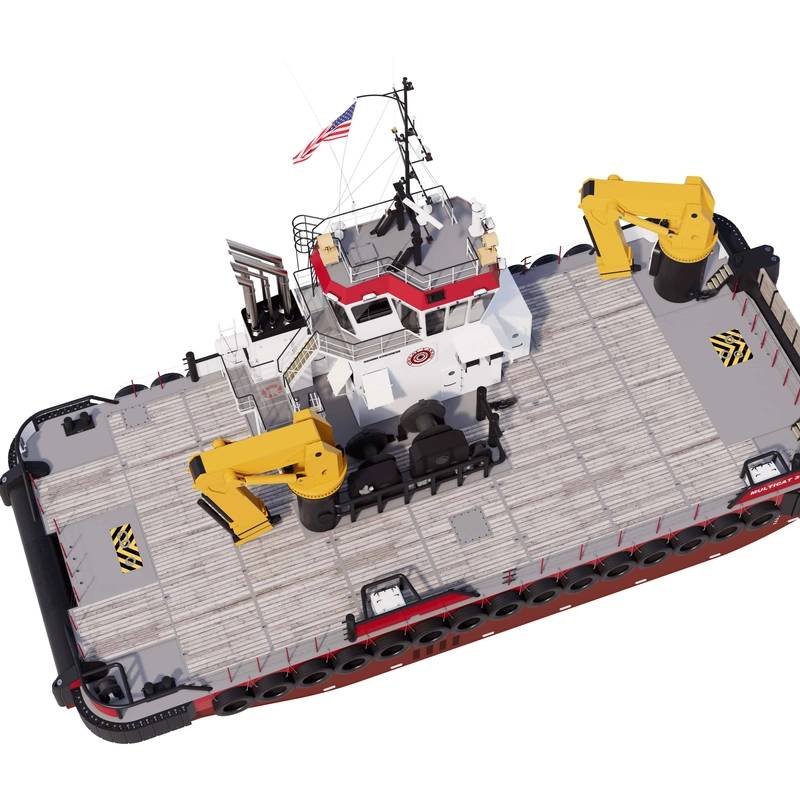 Fit for U.S. operations
Damen vessels are often built to a stock design with options for modifications or enhancements. Being the first-of-their-kind U.S.-flag Multi Cats, Great Lakes’ new Damen workboats have been modified to meet regulatory requirements such as ABS Load Line, U.S. Coast Guard Subchapter M, Jones Act and U.S. Army Corps of Engineers requirements, Johanson said. “Our internal team of mechanical engineers and naval architects collaborated with Damen and Conrad Shipyards to meet all regulatory requirements, and also to improve the workability and safety of the vessels.

“Together with the Great Lakes team, we ran all stability calculations to make sure that these vessels will be able to lift equipment from their dredges, according to the rules and regulations as set out by the U.S. Coast Guard and the Army Corps of Engineers,” Dijxhoorn added. “And we're hoping and expecting that these vessels will help Great Lakes to bring more efficiency and safety to their dredge support.”

Licensing agreements
While Damen does not have a physical shipyard in the United States, Conrad is able to build the new Multi Cats under Damen Technical Cooperation (DTC) licensing agreements, by which U.S.-based operators are able to access the Dutch shipbuilder’s vessel portfolio in a manner fully compliant with the Jones Act, Dijxhoorn said. U.S. shipbuilders Great Lakes Shipyard in Ohio and Metal Shark in Louisiana, for example, have built and delivered Damen-designed vessels under license. “License holders construct the vessel themselves in the country, drawing upon Damen’s experience in the engineering and production of the platform and on Damen’s support throughout the building process,” Dijxhoorn said.