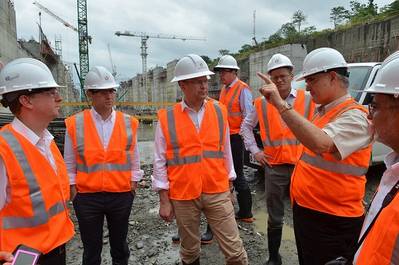 Skou and other Maersk Line executives had the opportunity to see the construction site of the new locks in the Atlantic side, which will allow the transit of Post-Panamax vessels through the Panama Canal. During the visit, Panama Canal Administrator Jorge Luis Quijano updated the delegation on the progress of the expansion program.

The Maersk delegation also met with Panama Canal Administrator Quijano and Rodolfo Sabonge, Executive Vice President for Planning and Business Development, to discuss the conceptual framework of the waterway's toll structure after 2015.