The U.S. Navy’s three Global class oceanographic research ships (AGORs) have received a new lease on life.  The ships-- R/V Thomas G. Thompson (AGOR 23), R/V Roger Revelle (AGOR 24) and R/V Atlantis (AGOR 25)-- which entered service between 1991 and 1998--were built with 30-year expected service lives.  Thanks to extensive overhauls on all three they have been returned to service with another 15 years of useful service.

According to Rob Sparrock , program manager for research ships with the Office of Naval Research (ONR), Atlantis completed its overhaul on July 10. Sparrock said the Navy invested about $50 million to modernize each ship.  “We’ve extended their service lives by at least 15 years, so we got 45 years of service for less than the cost of one new ship with a 30-year service life,” he said.

Atlantis is operated by Woods Hole Oceanographic Institution (WHOI), and is the mothership to the Navy’s deep-diving ALVIN bathyscaph.  While Atlantis can perform the same kinds of research as the other Globals, and will sometimes deploy without the deep submergence vessel, only Atlantis can support ALVIN.

“Atlantis will perform 280 to 300 days of underway science a year, with 100-plus days devoted to ALVIN work.” Sparrock said.
The 274-foot, 3,000-ton ships received new, more reliable and environmentally-friendly –and quieter- diesel engines.  The  laboratory, work and habitability spaces have been improved.

“They’re 25 to 30 years old, but we’ve made them ‘newer’ and greener than most research vessels,” Sparrock said.
During the refit the propulsion system was largely replaced with new diesel generators, overhauled propulsion motors, and new switchboards, control systems, and alarms.  Electrical cable and pipework were replaced as well as the air-conditioning, refrigeration, sewage, and freshwater systems. New research and navigation instruments were also added. 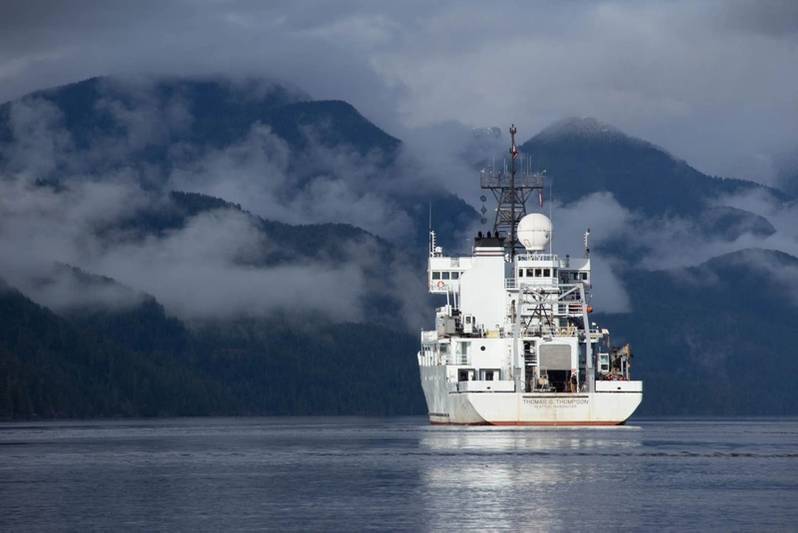 “The Revelle belongs to a class of research vessels that can do things few other research ships can do,” said Stephen Kelety, marine superintendent at Scripps. “It can accommodate a large number of scientists and scientific equipment, operate in bad weather and high seas, and is adaptable to the research needs of the scientists onboard. It’s an important vessel for gathering scientific knowledge.”  “The Tommy Thompson has a rich history of science and exploration, and now she’s better equipped than ever to travel the world’s oceans and help students and scientists make new discoveries,” said Virginia Armbrust, professor and chair of the UW School of Oceanography, when the ship was returned to service following its overhaul.

The Navy also has two Ocean-class oceanographic research ship, R/V Neil Armstrong (AGOR 27) (operated by WHOI) and R/V Sally Ride (AGOR 28) (operated by SIO) entered service in 2015 and 2016 respectively, as well as R/V Kilo Moana, which was delivered to the Navy in 2003 and is operated by the University of Hawai‘i Marine Center.

In addition to the six Navy-owned oceanographic research vessels,  Sparrock manages the historic deep-submersible vehicle ALVIN; and the Floating Instrument Platform, or FLIP, which are charter-leased to U.S. academic research institutions to operate and maintain in support of Navy and U.S. ocean research objectives.

First entering service in 1964, deep diving ALVIN may seem old.  But Sparrock said ALVIN has been systematically modernized and upgraded over the years to remain quite youthful.  She has made more than 5,000 dives, and her depth capability has recently been upgraded her 6500-meters.

“She’s been rebuilt so often that it’s not a 60-year-old platform we’re refurbishing, said Sparrock.

Like Alvin, FLIP is unique.  FLIP is also a veteran, entering service in 1962.

FLIP was designed by the naval architecture firm Glosten Associates; built by Gunderson Bros. Engineering Corporation; and has been operated by the Marine Physical Laboratory of Scripps Institution of Oceanography in San Diego.

The 355-foot FLIP has no means of propulsion, so it must be towed to its working location and either anchored or allowed to drift.  By means of a ballasting system, FLIP transitions from the horizontal to the vertical, so the top 55 feet is above the water.  The result is an extremely stable and quiet research platform. 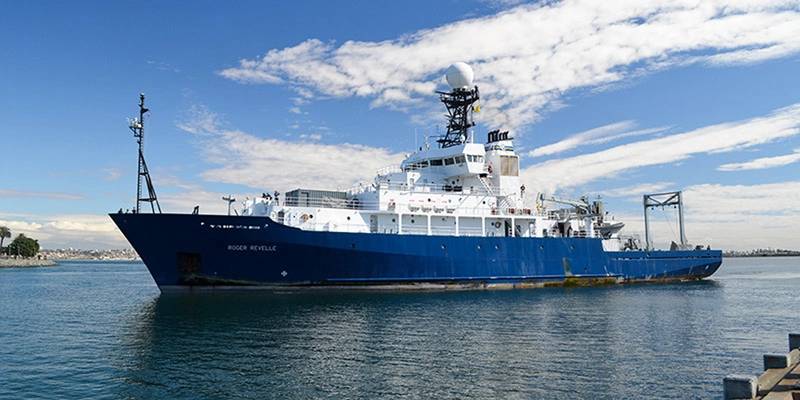 FLIP and her crew of five along with up to 11 scientists could remain at sea for up to 35 days. FLIP had duplicate furnishings and fixtures that could be used in either the horizontal or vertical configuration.There are now other ways to perform much of the research FLIP used to support.  ONR and its affiliated research partners employ other oceanographic platforms, such as floats and buoys, unmanned underwater vehicles and unmanned air vehicles, which are used to collect field data through the Naval Research Facilities program.

Because there are no funds for major maintenance, FLIP has effectively been retired.

“It would cost about $8 million to make FLIP useable for another five or ten years, but that funding could be better used elsewhere,” said Sparrock.
While FLIP’s fate may be final, Sparrock said the platform deserves to be remembered and her accomplishments appreciated.
“FLIP is so historic; it just doesn’t seem right to scrap her,” said Sparrock.

“I’d like to see a naval base or maritime museum adopt FLIP, and install the 55-foot section in the upright position so people can see it and actually go on it,” Sparrock said. “The other 300 feet can be sunk as a reef for divers.”

“I think it would be very cool to have FLIP installed vertically somewhere, with its booms outstretched, as a monument to the great science that the platform made possible,” said Bruce Appelgate, Associate Director, Scripps Institution of Oceanography for Ship Operations and Marine Technical Support.  “But, realizing that vision will be enormously expensive to set up and maintain, and anybody considering that should come with deep pockets.”