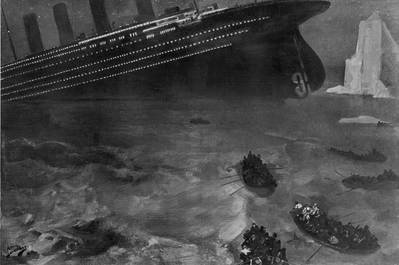 A widely-shared meme has taken several facts about the Titanic out of context to make unsubstantiated claims that imply the ship’s sinking was a deliberate act. This is not true—experts widely agree the sinking of the Titanic was an accident.

The meme was posted to Facebook on March 1 and has been shared more than 600 times (here). It consists of two images: one of the ship and a second of American financier John Pierpont (J.P.) Morgan. These sit alongside a wall of text that suggests Morgan had motive to sink the Titanic because it was hosting three powerful people who opposed his idea for a centralized banking system, ie: the U.S. Federal Reserve.

“DID YOU KNOW? The man who funded the building of the titanic, J. P. Morgan, cancelled his long-awaited journey just hours before its proposed departure,” the meme reads. “3 of the wealthiest men on earth, whom (sic) were against the creation of the federal reserve bank, happened to be invited aboard for its maiden voyage (John Aster, Isador Strauss & Benjamin Guggenheim).

“It then headed full speed into a known iceberg-field, with less than half the required lifeboats, no red signal flares, no Rothschild or Rockefeller on board, and sank to the bottom of the north Atlantic Ocean. Less than a year later, now that the wealthy opposition was out of the way, the federal reserve was created and USA was turned into an incorporated business, with its own business ID number, ’28 U.S.C. 3002 15.”

J.P Morgan claims
While it is true that J.P. Morgan owned the Titanic and did not sail on its doomed maiden voyage, there is no evidence to suggest he deliberately missed the trip because he knew the ship would sink. Historians have debated several reasons for Morgan to cancel his trip, but none is related to the Federal Reserve.

“I've never been able to find an authoritative 1912 source explaining the exact reason why J. P. Morgan cancelled his passage on the Titanic, but he definitely didn't do so mere ‘hours’ before the ship's departure,” Titanic expert George Behe  said in an email to Reuters.

Meanwhile, Don Lynch, a historian at the Titanic Historical Society (THS), said, “One of J.P. Morgan's biographers said that France was changing its laws to prevent Americans from exporting art treasures from that country, so Morgan went to Paris to oversee getting his purchases out of the country before the new laws went into effect.”

Also from THS, advisory board member Ray Lepien, said that as well as the art treasures theory, “the ‘official’ explanation was that he [Morgan] fell ill and wanted to take the ‘cure’ at a spa in France with his mistress.” Lepien added, “It could have been both reasons.” 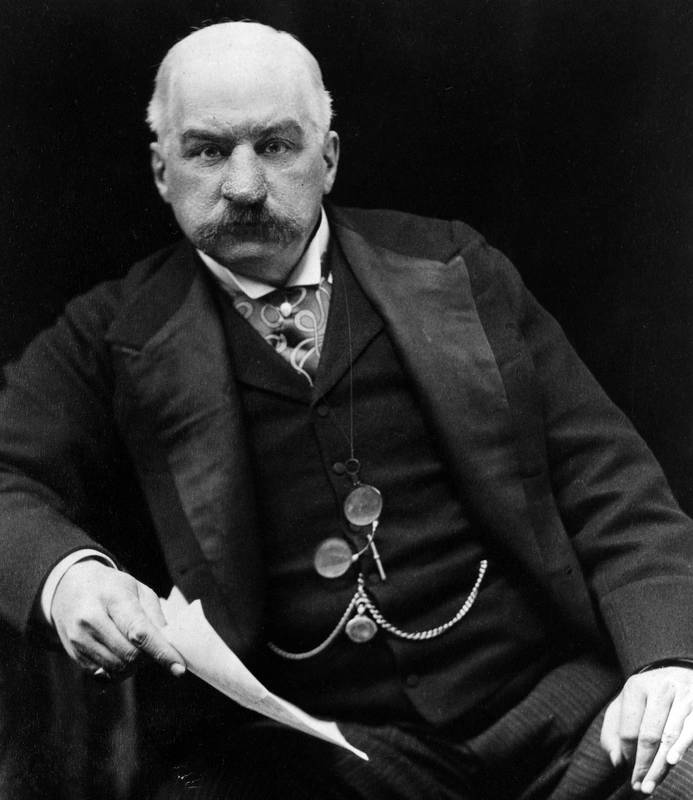 J.P. Morgan (Courtesy of the Library of Congress)

Straus, Asor and Guggenheim’s opinions of the Federal Reserve proposal
While it is also true that Isidor Straus, Macy’s Department store owner; John Jacob Astor, a property tycoon; and Benjamin Guggenheim, a mining boss, died in the 1912 disaster, there is no evidence to suggest they were the target of deliberate sabotage. There is also no evidence that these three men were against Morgan’s centralized banking ideas.

Firstly, Titanic’s maiden voyage had attracted many prominent names, and was dubbed the “Millionaire’s Special” as a result.

Secondly, George Behe told Reuters he was unable to find any documents in his 45 years of researching the Titanic that proved the three men opposed the Federal Reserve. In fact, a Washington Post investigation found that while Astor and Guggenheim did not take a public stance on the matter, Straus reportedly spoke in favor of the proposal.

In 1913, the then-president Woodrow Wilson signed the Federal Reserve Act into law, creating a decentralized system that balances competing interests of private banks and populist sentiment. It has had no impact on the status of the United States as a sovereign federal republic of 50 states founded and ruled by the Constitution.

Professor Robert Hockett from Cornell Law School told Reuters, “It's always a tipoff that someone is ignorant of Fed matters when they refer to 'The Federal Reserve Bank.' There is no such entity. There is, rather, a 'Federal Reserve System' with twelve regional Federal Reserve District Banks spread all over the country [so as to avoid excessive centralization] and a regulatory agency called the Federal Reserve Board of Governors to oversee this system.”

“’Corporation’ is just the Latin word for ‘body’ or ‘entity’ (hence ‘Marine Corps,’ ‘Corpus Christi,’ and of course ‘corpse’). It is used in legal parlance to refer to all sorts of legally created entities. No for-profit business is implied by this usage. To think otherwise is a bit like thinking a sailboat must be a motorboat because both words include the root ‘boat.’”

Titanic’s sinking was an accident
Experts widely agree the liner disaster, which killed more than 1,500 people, was an accident. They do, however, debate the finer details.

One explanation, Behe said, is that the ship’s officers “mistakenly believed” that good visibility on the open sea would be an advantage for spotting any hazards ahead in good time. He added, “The ensuing collision with the iceberg was just an unfortunate result of a ‘perfect storm’ of unfavorable circumstances (dead-calm water, no moon, etc) and had nothing to do with any silly conspiracy theory connected with the federal reserve.”

Reuters reported on another possible explanation in 2010 that suggested the boat hit an iceberg due to a basic steering error, and only sank as fast as it did because an official persuaded the captain to continue sailing.

Encyclopaedia Britannica says such a steering mistake “caused the Titanic to turn slower than if it had been moving at its original speed. Most experts believe the ship would have survived if it had hit the iceberg head-on”.

Verdict
Missing context. The meme has taken several facts about the Titanic out of context to falsely suggest the liner was sunk on purpose. Experts widely agree the disaster was an accident.

(This article was produced by the Reuters Fact Check team)