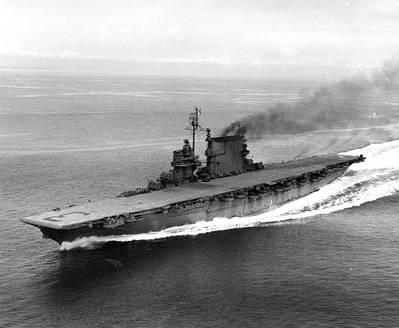 USS Saratoga (CV-3). Photograph from the Bureau of Ships Collection in the U.S. National Archives.