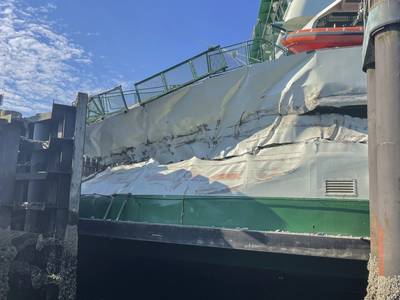 Washington State Ferries said one of its vessels suffered "significant damage" as the result of a "hard landing" at the Fauntleroy terminal in Seattle on Thursday.

The Cathlamet, which was traveling from Vashon Island to West Seattle during a 7:55 a.m. sailing, reportedly struck an offshore dolphin (pilings, not the aquatic mammal) before alliding with the dock.

Photos shared to social media show considerable damage to Cathlamet's port bow above the waterline. No injuries or pollution were reported, though several cars on board the ferry have been damaged. All but two cars were able to exit the ferry, according to the U.S. Coast Guard.

The Coast Guard said it is working with Washington State Ferries to investigate the cause of the incident.

Meanwhile, the Fauntleroy terminal is closed until further notice. "The dock structure will be examined and if it’s determined to be usable, we’ll restore service there," Washington State Ferries said.

The state ferry operator said it is working with Kitsap Transit and King County Metro to coordinate passenger-only services while its Fauntleroy service is affected.

Cathlamet is a 328-foot Issaquah class ferry with capacity for 1,200 passengers and 124 vehicles. It was built by Marine Power and Equipment in Seattle in 1981. 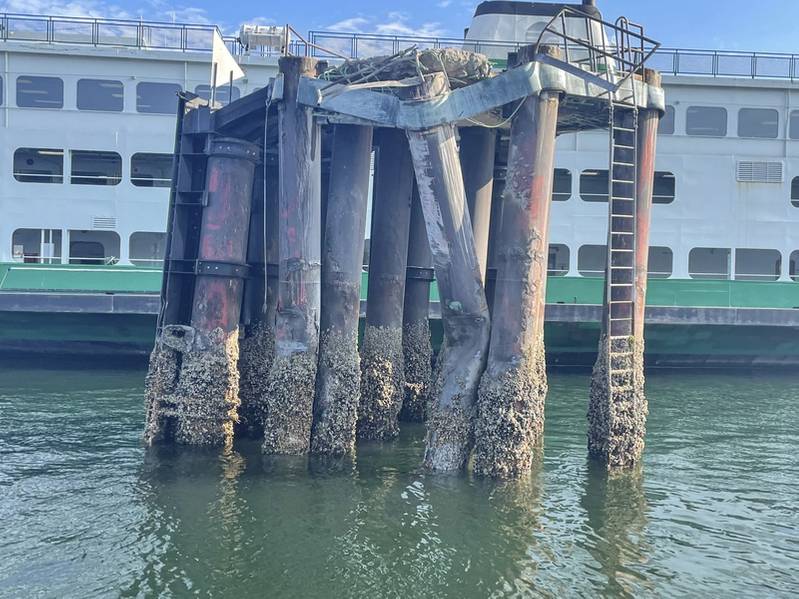 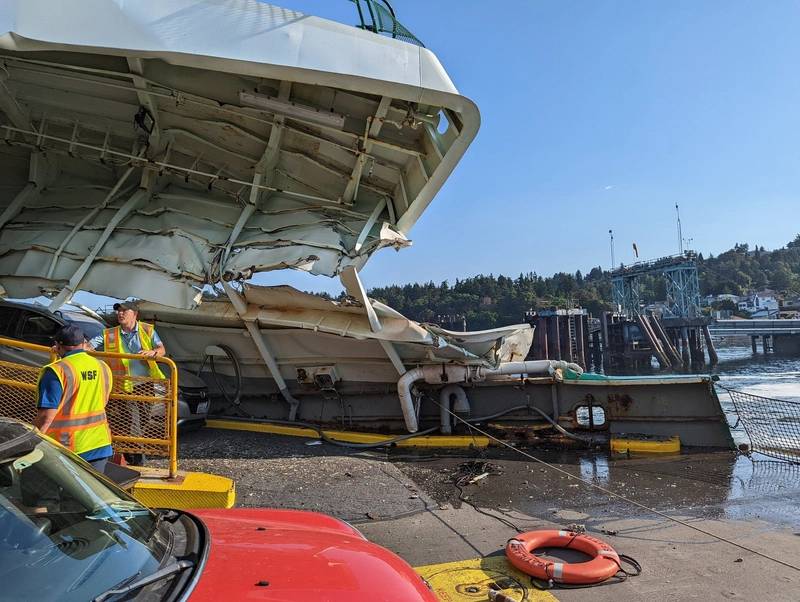