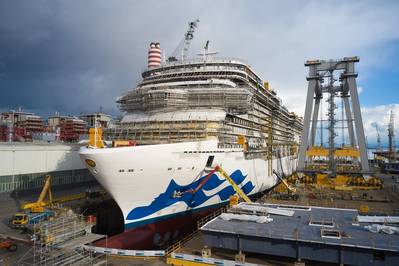 Discovery Princess, the sixth Royal-class ship built for the ship operator Princess Cruises, a brand within Carnival Corporation, was floated out Thursday at Fincantieri’s shipyard in Monfalcone, Italy.

"The new unit, at 145,000 gross tons, is built on the basis of the successful sister vessel project of Royal Princess, Regal Princess, Majestic Princess, Sky Princess and Enchanted Princess, built and delivered in the same shipyard starting from 2013, introducing a new generation of ships so well-received by the cruise passengers," Fincantieri said.

According to Fincantieri, the partnership between the Monfalcone yard and Princess Cruises will continue with two next-generation cruise ships.

"These will be the largest built so far in Italy with a gross-tonnage of 175,000 tons, will accommodate approximately 4,300 guests, and will be the first of the ship owner’s fleet to be dual-fuel powered primarily by Liquefied Natural Gas (LNG)," Fincantieri said. 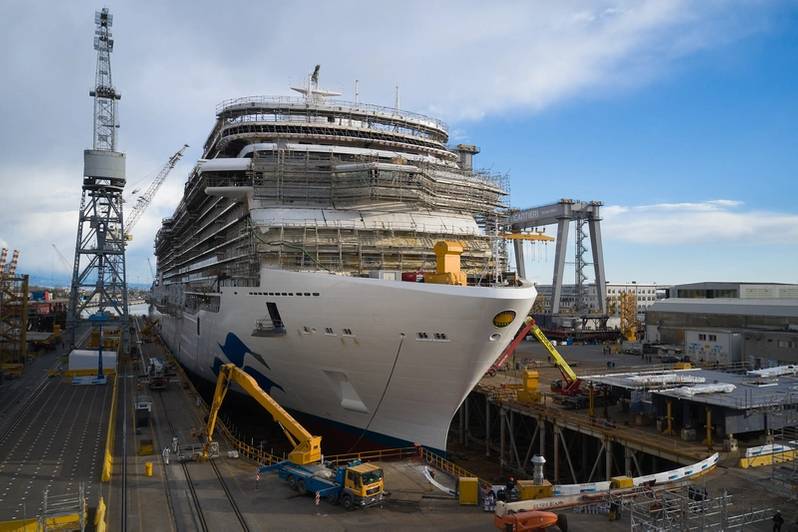