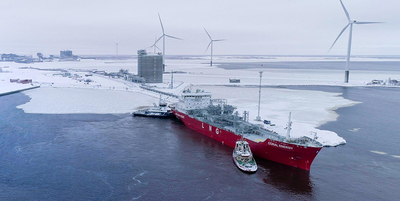 Manga, the largest LNG terminal in the Nordic region with storage capacity of 50,000 cubic metres, began receiving some shipments in November 2017, but is only now ready for full commercial operations after an additional year of tests.

A Wartsila executive told Reuters the testing period had been prolonged due to some adjustments that the facility needed, but declined to specify the nature of the extra works.

It will supply LNG to steel mills, ships and local industries in Finland and Sweden. Steel firms Outokumpu and SSAB, who part-own the facility along with Gasum and EPV Energy, are among its customers.

Located near the northern Finnish port of Tornio, Manga has received supplies from Novatek's new small-scale LNG production plant at Russia's Baltic Sea port of Vysotsk, and will also receive cargos from Norway, among other sources.

Outokumpu has previously said that receiving LNG through Tornio would help it cut its emissions and reduce production costs due to more stable energy prices.

"The deployment of the new LNG terminal significantly supports the emission goals of Finland, as well as the entire Nordics," Gasum's vice president for natural gas and LNG Kimmo Rahkamo said in a statement.