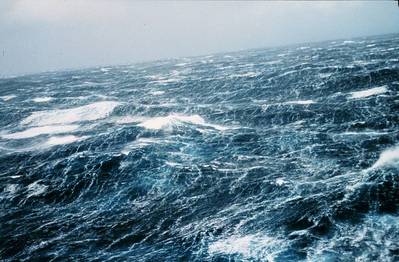 Ten people have been rescued after the bus they were travelling in was hit by a large wave on the seafront road at Newgale in Wales, and 6 from a disabled French commercial fishing vessel off the southwest of England coast in a 60 mph wind.

Bus hit by wave
Milford Haven Coastguard say they were contacted with reports that the bus was stuck on the seafront, having been hit by a large wave and was surrounded by water. The wind at the time was gusting over 50mph.

Broadhaven and St. Davids Coastguard Rescue Teams, HM Coastguard’s Sector Manager for Preseli, along with police, fire and ambulance crews were sent to the scene. The RAF search and rescue helicopter from RMB Chivenor was also asked to assist, but was stood down once the passengers were helped to safety by rescue units on scene. There are no reported injuries.

Fishing vessel rescue
Falmouth Coastguard say they were first contacted about the French fishing boat Le Sillon by the French Coastguard. They reported that the boat had been hit by a number of large waves and they had lost power and steering, and were drifting approximately 5 miles off Trevose Head. The wind at the time was gusting up to 60 mph.

The RNLI all-weather lifeboat from Padstow, along with the search and rescue helicopter from RNAS Culdrose was sent to the scene. Five of the crew were picked up by the Royal Navy helicopter and the other crew member was recovered by the lifeboat. There are no reported injuries

Martin Bidmead, Watch Manager at Falmouth Coastguard, said:
"Attempts have been made to bring Le Sillon under tow, but conditions have been too difficult. It is still adrift at this time, but we are monitoring the situation.

He added: "Along our coastline tonight, conditions are treacherous with gale force winds, high tides and heavy rain."