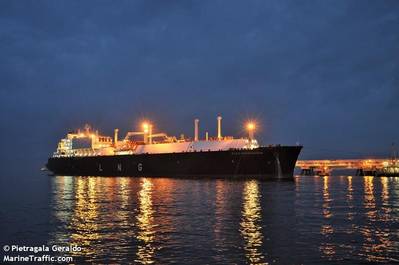 Flex LNG has secured two charter deals with a minimum firm period of three years for each of its two LNG carriers Flex Resolute and Flex Courageous.

The Oslo-listed firm said Monday that the charterer was an energy major. The charterer will have the option to extend each ship by two additional two-year periods bringing the total period to seven years under each of the charter deals.

Under the contracts, the vessels will be delivered to the client during the first quarter of 2022 in direct continuation of their existing charters.

"Both ships are large LNG carriers with ME-GI propulsion and a cargo capacity of 173,400 cbm. Furthermore, Flex Courageous is equipped with partial reliquefaction system while Flex Resolute is equipped with full reliquefaction system bringing the active boil-off rate down to 0.075% and 0.035% respectively. This makes the ship very flexible and fuel-efficient for transportation of large LNG parcels with close to zero percent methane slip from the main engines," Flex LNG said.

Øystein M Kalleklev, CEO of Flex LNG Management AS, said: "We pleased to announce another pair of attractive time charter contracts this time with an Energy Major. Since April we have thus secured long-term fixed hire employment for eight, possibly nine of our ships in line with our communicated strategy of securing attractive revenue backlog once the market has improved.

Our firm contract backlog is now about 33 years with a further 36 years of optional backlog. This highlights the attractiveness of owning and operating highly efficient ships with significantly lower carbon footprint than the older generation ships."