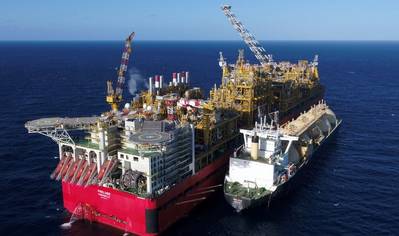 Among a growing count of floating producers in the planning stage, some are destined to become FLNG, increasingly the go-to solution discussed for producing stranded or remote gas. WER’s report writers detail the status of known FLNG projects worldwide.

“We are tracking around 20 floating liquefaction projects in various stages of planning as of mid-2019,” one of the report authors tells OE Digital.

“All are possible candidates for use of an FLNG, though the investment decision is generally 3-plus years out, and in most projects, there are major financing barriers to get past and often commercialization options other than FLNG,” he says.

The 130-page report, Floating Production Systems, holds that a goodly number of these floaters will progress to FLNG contract awards over the next five years. The number that do will be “dependent on future underlying dynamics in the global LNG market”, a discussion of which is presented in the Report.

That might be just as well. An earlier, 2019 report by WER revealed surging numbers of FLNG and floating production storage and offloading units (FPSO) orders in the pipeline had the supply chain — including shipyards in Asia — hard-pressed to deliver. The relative novelty of FLNG means not all suppliers breeze through Class and OEM instructions for putting LNG process equipment aboard ship, and some major suppliers had reined in their tender activity.

WER puts the number of planning-stage floater projects worldwide at 219, with 43 on order, 301 in service and 32 available for redeployment. The report, seen by OE Digital, reveals in which regions floating production and storage units are being planned, produced and placed.

The report, which uses Excel charts to detail projects worldwide, includes a discussion of world commodity prices and how they might determine how many floaters get built. WER’s count of projects entering final investment decisions (FID) confirms where FPSO and FLNG demand is coming from.

Stalled LNG programs are also named. Their project scopes include the reasons for delay, including in the Eastern Mediterranean, where multiple factors are at play.

Among the 20-odd FLNG projects described as under consideration, the report’s authors suggest just under 10 are at the concept stage.