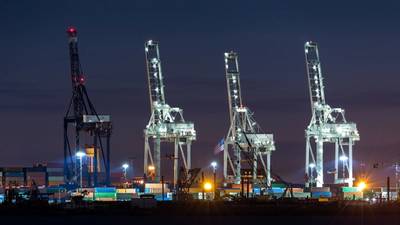 On April 28, 2020, the Federal Maritime Commission (FMC) released the long-awaited interpretive rules in Docket No. 19-05 relating to how ocean common carriers may lawfully apply demurrage and detention charges to exporters, importers and ocean transportation intermediaries, including Customs brokers in certain circumstances and still be compliant with the “reasonableness” requirement of 46 U.S.C § 41102(c). The analyses and guidance in the interpretive rules have been in high demand in view of the oftentimes strained circumstances pursuant to which five and six figure demands have been made by ocean carriers for demurrage and detention, especially against OTIs. This article has the objective to focus OTI entities on the selective structuring of relationships, and the requirement to analyze these relationships in the context of the Incentive Principle with the objective of minimizing risks of the demurrage/detention variety. We believe that non-vessel operating common carrier (NVOCC) will be assisted if they structure their relationships accordingly.

The salient Incentive Principle
One of the innovative standards offered by the interpretive rule by which to evaluate the “reasonableness” of demurrage and/or detention is termed the “Incentive Principle.” The term is utilized 61 tines in the Interpretive Rule. The Commission determined that because the purpose of demurrage and detention are to incentivize cargo movement, it will consider in the reasonableness analysis under § 41102(c) the extent to which demurrage and detention are serving their intended purposes as financial incentives to promote freight fluidity. Freight fluidity is considered not only for purposes of imported cargo available for pick up at a terminal, but also, the timely return of empty equipment to provide fluidity for the loading and pick up of cargo to be shipped on the export side.

Commission provided examples od the Incentive Principle
Concrete examples offered by the Commission in the NPRM involved “practices imposing demurrage and detention when such charges are incapable of incentivizing cargo movement, such as when a trucker arrives at a marine terminal to retrieve a container but cannot do so because it is in a closed area or the port is shutdown, might not be reasonable.” Similarly, the Incentive Principle discussed in the rule involves the timely return of empty containers. The rule states that absent extenuating circumstances, practices and regulations that provide for imposition of detention when it does not serve its incentivizing purposes, such as when empty containers cannot be returned because, for example, the port or location where empties are to be returned, are not accessible for some extraneous reason, would likely be found unreasonable.

In more general terms, the FMC considered the following areas where the Incentive Principle might have some application (subject to extenuating circumstances):

While the above areas are areas where OTIs and Customs brokers may look for remedies when confronting traditional demurrage and detention situations, there are other more subtle areas where the solutions don’t jump off the page, and the penalty numbers can reach significant six figures.

The NVOCC context
The most salient factor which brings NVOCCs (and sometimes Customs brokers) into the demurrage/detention target is that pursuant to the Shipping Act of 1984, as amended (“the Act”), and implementing regulations, the definition of the NVOCC term is that an NVOCC acts as carrier to its shipper customer, and as shipper to the underlying ocean common carrier. “Shipper” per FMC regulations, in this context can mean that the NVOCC can appear in either the Shipper or Consignee box of the ocean carrier’s master bill of lading. The real challenge is to determine whether NVOCCs, which are being assessed demurrage/detention penalties, are reasonably the parties which could be incentivized to impact the movement of cargo (containers in this case) which has incurred detention.

To illustrate these points, it is worth digging into an example of circumstances where an NVOCC can unwittingly, and unknowingly, come under the detention gun for substantial amounts of penalties. However, under some of these relationships it can be shown that some NVOCCs can be aided by application of the Incentive Principle. The below is a hypothetical which to some degree is a composite of factual situations with which we are familiar, and illustrate the Incentive Principle well:

Detention problem unreasonably festers quietly
Without the knowledge of the two U.S. NVOCCs, U.S. Agent, Inc. and U.S. NVOCC, Inc., Gadget, Inc. ran up detention charges in the $450,000 to $500,000 ranges. Carrier Lines, Inc. did not invoice, nor inform U.S. Agent, Inc., the consignee, of this unpaid detention until two years after detention started accruing. The first notice of this detention was when Carrier Lines, Inc. first invoiced U.S. Agent, Inc. U.S. NVOCC, Inc. was then invoiced by U.S. Agent, Inc. for the first time of this detention debt. Incredibly, the ocean common carrier allowed these amounts to reach these levels before claiming amounts due for detention from its NVOCC consignee. Carrier Lines, Inc., as a matter of internal practices and policies, does not invoice detention until all the equipment is returned from the specific importer. It will be demonstrated that this is not a reasonable practice, among other practices, when the Incentive Principle is reviewed below.

Application of Incentive Principle to facts
By reviewing the below facts pursuant to the Incentive Principle rule, the assessment of penalties on these two NVOCCs would be unreasonable in the context of 46 U.S.C § 41102(c) for the following reasons:

Application of the Incentive Principle analysis
The above facts fall clearly within the interpretive rule which states that absent extenuating circumstances, practices that provide for imposition of detention penalties when it does not serve its incentivizing purposes, are unreasonable. The most egregious circumstances were created by Carrier Lines, Inc. itself in not invoicing the parties until such large sums of detention were already owing. At this point, when Carrier Lines, Inc. issued its first invoice on this detention to U.S. Agent, Inc. there were no Incentivizing Principles that could come into play with either of the NVOCCs since there was nothing they could do after the fact to remedy Gadget, Inc.’s failure to return its empty containers. The horses were already out of the barn. There was $450,000 to $500,000 in demurrage already incurred, and the Incentive Principle was rendered useless. The unreasonable element here needs no further rhetoric for this hypothetical narrative submitted for illustration purposes only.

Conclusions
We suggest that all OTIs in NVOCC shipping transactions review these relationships and structure these with the objective of minimizing risks in the demurrage and detention of this sort with the Incentive Principle in mind as described in our hypothetical narrative. The following are pertinent:

In conclusion, it is our opinion that the Interpretive Rules on demurrage and detention are a positive development for NVOCCs, but NVOCCs need to take steps to minimize detention and demurrage risks. While the Incentive Principles will be helpful, they are not a cure all.