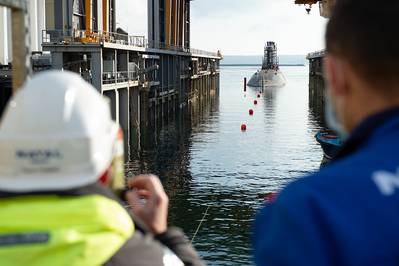 French Navy's ballistic nuclear submarine Le Terrible has arrived in dock 8 of the Brest naval base in France to continue its Full Cycle Docking (FCD), otherwise known as a major refit.

This will be the first FCD for Le Terrible and will involve 14 months of industrial activities to modernize the submarine and restore its operational potential for the coming 10 years.

The submarine’s FCD work began on the operational base of l’Ile Longue with two major preparatory operations: the removal of weapons and the fuel elements from the nuclear reactor. The nuclear submarine will now undergo major maintenance and modernization works. Naval Group is the main contractor for the project.

The main works to be carried out are maintenance of the hull and its structures, energy, and propulsion, driving safety, the platform control, and operation systems, utilities associated with life on board, detection and fight against threats, and the deterrent weapon system (SAD).

In addition, 300 modifications will be made to various installations in order to improve the submarine's control and performance. 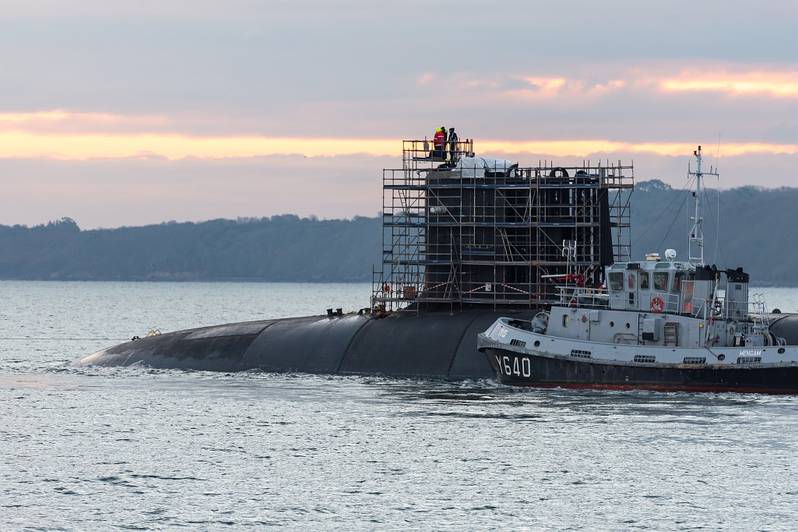 Naval Group said that the Full Cycle Docking of the nuclear submarine Le Terrible represented a major project with high economic impact and requiring a sharp ramp-up in manpower.

"Over 900 people will be working at the dock during peak periods, in three 8-hour shifts, six days a week," Naval Group said.

In addition to the Naval Group teams from the sites of Brest, Ruelle, Indret, and Ollioules (near to Toulon), the prime contractor also oversees the activities of around 45 companies in the Brest region and the Grand-Ouest area of France in order to collectively provide the 2.5 million hours of work that are needed for this operation.

"Over and above the full maintenance work that is carried out every 10 years, these ballistic nuclear submarines are among the most complex products in the world, with their size (138 meters and 12,500 tons), their on-board technologies, at the cutting edge of scientific innovations, and the constraints relating to their use during operations," Naval Group, the sole designer and constructor of the French ballistic nuclear submarines, said.

The company has been responsible for the maintenance and modernization of submarines based at l’Ile Longue on the Crozon peninsula for over 45 years. 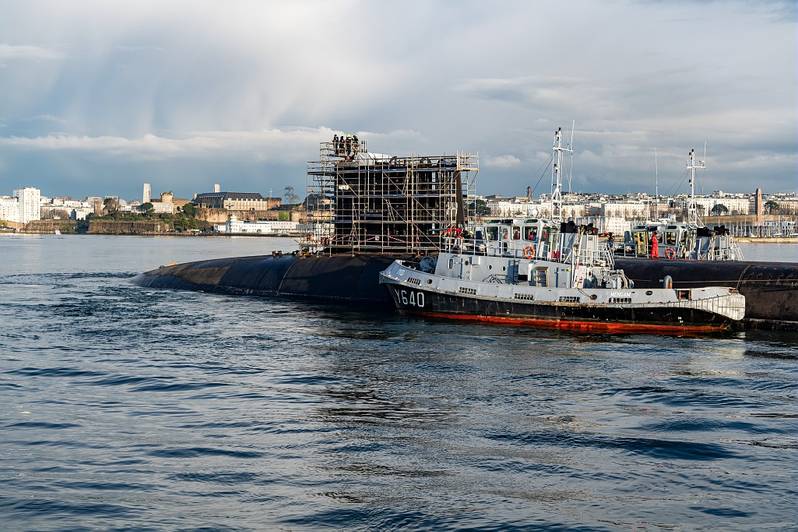