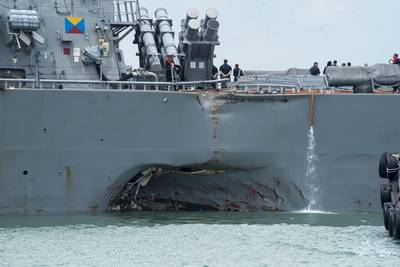 Damage to the portside is visible as the guided-missile destroyer USS John S. McCain (DDG 56) steers towards Changi Naval Base, Republic of Singapore, following a collision with the merchant vessel Alnic MC while underway east of the Straits of Malacca and Singapore. Significant damage to the hull resulted in flooding to nearby compartments, including crew berthing, machinery, and communications rooms. Damage control efforts by the crew halted further flooding. (U.S. Navy photo by Mass Communica

An ocean tug is set to embark on a 1,000 nautical mile autonomous and remotely commanded journey around Denmark to prove… 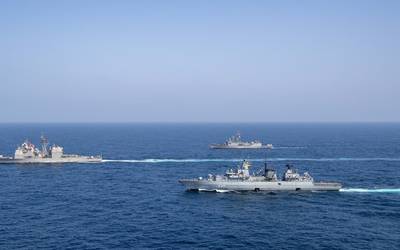