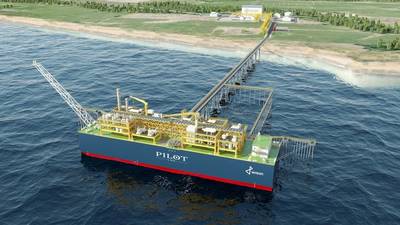 Baird will provide a variety of services to Pilot LNG including design of marine structures, metocean modeling including storm surge and tidal currents, dredging design and dredged material placement analysis, and support for vessel maneuvering assessments. Baird’s Houston office will lead the assessment with support from the company’s other North American and international offices.

The GLBP project will provide one of the U.S.’s largest industrial port complexes, comprising the ports of Houston, Galveston and Texas City, with the infrastructure needed to supply clean fuel to the growing global liquefied natural gas (LNG) bunker market.

LNG as a marine fuel has been demonstrated to significantly reduce vessel emissions, including eliminating virtually all particulate matter and SOx emissions as well as achieving approximately 80-90% NOx and 25% GHG emission reductions compared to traditional marine fuels. As companies look for ways to reduce emissions and meet tightening global maritime standards, LNG is increasingly becoming the fuel of choice.

While LNG bunkering infrastructure has been rapidly developing overseas and in certain parts of the U.S., Pilot’s Galveston LNG Bunker Port would be the first of its kind for the region.