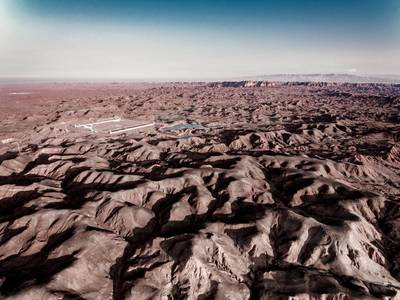 Twenty-two operating wells, each running to an average depth of 4,500 meters, have been drilled by Gazpromneft-Badra since discovering this asset. The business has also built a production complex which has since become one of the main — and one of the most modern — elements in Central Iraq’s oil and gas infrastructure.

A full production complex, including an integrated oil and gas processing facility, with capacity to handle 5.4 million tonnes of oil and 1.6 billion cubic meters of gas per year, and sulfur granulation and production units, has been commissioned at the Badra field.

Field infrastructure includes a 123.5 MW independent gas-turbine power plant (GTPP), producing energy for all field equipment as well as more than 25,000 residents in the city of Badra and its suburbs.

The Badra field is one of the most important elements in Iraq’s energy system. Dry commercial gas produced by Gazprom Neft is transported through a 100-kilometre pipeline to the Az-Zubaidiya electricity station, from where it is used to supply energy to several Iraqi provinces, including the country’s capital, Baghdad.

Global oil firms are preparing to spend more than $53 billion in Guyana’s coveted Stabroek Block during the coming decade.According…