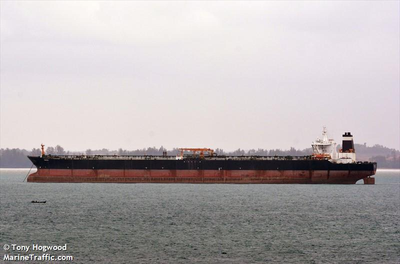 Gibraltar acted in good faith when it released the Adrian Darya 1 tanker and Iran broke assurances it had given not to sell the crude oil to Syria, the British territory's maritime minister said on Friday.

British commandos on July 4 seized the supertanker, formerly named the Grace 1, on suspicion that it was en route to Syria in breach of European Union sanctions.

Gibraltar released it on Aug. 15 after getting written Iranian assurances that it would not discharge its cargo of around 2 million barrels of oil in Syria.

"We released the vessel in good faith based on assurances given by a sovereign nation," said Gilbert Licudi, minister with responsibility for port and maritime affairs.

"The information we have is that despite the assurances that were given to the Gibraltar government that the vessel would not unload in Syria it appears that is what has actually happened," he told Reuters on a visit to London.

Iran's envoy to London said on Wednesday - after being summoned by Britain's foreign minister Dominic Raab - that the Adrian Darya 1's cargo was sold at sea to a private company, denying Tehran had broken assurances it had given over the vessel, adding that the EU's Syria sanctions did not apply to Tehran.

Licudi said he did not know "for a fact" whether the ship had discharged the cargo at sea.

"It does not necessarily have to be in port, it can be ship-to-ship transfers in different amounts of cargoes and then it is delivered," he said.

The U.S. State Department said on Thursday Washington had evidence that the tanker had transferred its oil to the Syrian government.

Gibraltar refused a U.S. request to seize the tanker in August, saying it was unable to comply because it was bound by European Union law.

Licudi said Gibraltar had taken the decision to intercept the ship in July.