Glickman to Take over as ZIM CEO 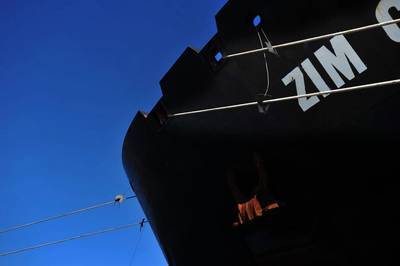 Eli Glickman has been nominated by ZIM Integrated Shipping Services’ board of directors as the container carrier’s new president and CEO.
Glickman will assume the role July 1, replacing current CEO Rafi Danieli, who last year advised that he would be stepping down. Danieli led ZIM as CEO for the past eight years, and before this held various positions at ZIM, including CFO and deputy CEO.
“It has been a privilege to lead ZIM during the most difficult times the industry has ever faced,” Danieli said. “Through the combined efforts of management and our devoted employees, during these difficult times we improved our network, operating margins, efficiency and customer service. For the last eight financial quarters, our operating margins have put us in the top tier of liner companies.”
Glickman was previously CEO of the Israel Electric Company. Before that, he was deputy CEO of Partner – Orange Cellular Communication and previously managed Partner Orange’s Customer Division. From 2003-2005 Glickman was CEO of logistics company Exel MPL. Before working in the business community Glickman was a commanding officer of the Israeli Navy Special Operations Unit, and was also a missile ship commander and the Naval Attaché in Washington D.C. Glickman has a Master of Science in financial management from the University of Monterey (Calif.) and is a graduate of Georgetown University’s International Executive Business Administration program.
“Despite challenges throughout the liner industry, ZIM has continued to perform well relative to its peers. ZIM is a dynamic and exciting company and I am looking forward to joining,” Glickman said.
Additionally, CFO Guy Eldar has requested to leave the company for personal reasons after 4.5 years in this position. His replacement is yet to be nominated.