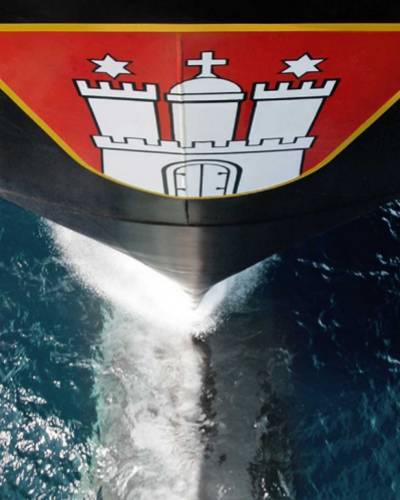 DSME will build the 23,500+ TEU vessels and deliver them to Hapag-Lloyd between April and December 2023.

The shipowner said Wednesday the investment would be around $1 billion and that the respective financing had already been secured.

The vessels will be fitted with a fuel-efficient high-pressure dual-fuel engine, which will operate on LNG, but will have alternatively sufficient tank capacity to operate on conventional fuel.

"The vessels will be deployed on the Europe – Far East routes as part of THE Alliance and will significantly increase Hapag-Lloyd´s competitiveness in this trade," Hapag-Lloyd said.

Rolf Habben Jansen, CEO of Hapag-Lloyd said: “With the investment in six ultra-large container vessels we will not only be able to reduce slot costs and improve our competitiveness on the Europe – Far East trade, but also take a significant step forward in modernizing our fleet. Additionally, we will further reduce our environmental impact.”