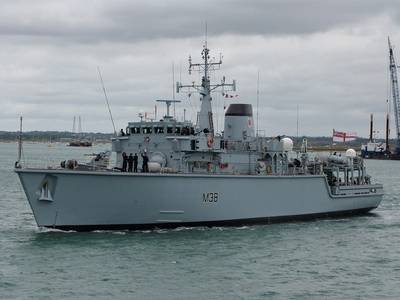 Harland & Wolff said Wednesday it had acquired the former HMS Atherstone mine hunter from the UK Ministry of Defence (MOD) for an undisclosed fee.

"The former HMS Atherstone is a mine hunting class vessel that is no longer in service. The company has acquired this vessel with a view to refurbishing it for non-military uses, discussions for which have already commenced with interested parties," Harland & Wolff said.

Harland & Wolff is involved in a competition run by the MOD regeneration program for the former HMS Quorn (M55).

"Management believes that the acquisition of the former HMS Atherstone will significantly de-risk the M55 regeneration program given that the two vessels share a number of spare parts and components," Harland & Wolff said.

Harland & Wolff, group CEO John Wood, said: "I am delighted that we have acquired the former HMS Atherstone. The benefits of this acquisition are two-fold; we now can significantly de-risk the M55 regeneration program by utilizing spares and component parts common to the two vessels, which has been recognized by MOD and will certainly help in closing out the negotiations over the next few weeks.

Secondly, we also can utilize this platform as the basis for other clients' projects, which will be a valuable revenue stream for 2023. I am pleased that we have generated a lot of interest for the repurposing of the former HMS Atherstone, and I expect to make announcements in this regard as soon as we have executed a refurbishment contract with a counterparty."