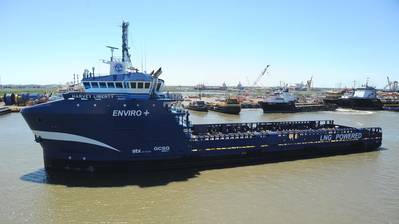 Harvey Gulf called its proposal a “superior offer” and is urging GulfMark to engage in negotiations. The firm, which emerged from bankruptcy as a private company in July, says its offer would deliver greater value to GulfMark stockholders and that “a combined Harvey and GulfMark would be a superior company to Tidewater following its acquisition of GulfMark due to its robust long-term prospects, in particular, with respect to geographic diversification, superior fleet and significant positive cash flow.”

Under GulfMark's July 16 definitive all-stock agreement with Tidewater, the combined $1.25 billion company would be operated under the Tidewater brand and led by Tidewater president and CEO John Rynd.