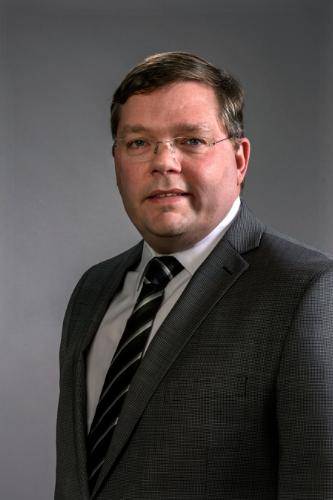 O'Rourke joined Matson in 1992 as vice president and general counsel. He was promoted to senior vice president in 1995. His career has included over 30 years of experience in domestic and international maritime law. He has a thorough knowledge of the industry's federal regulatory bodies and government agencies. He has been directly involved in activities focused on supporting the Jones Act in Washington, D.C., including the formation of the Maritime Cabotage Task Force in 1995, which was recently renamed American Maritime Partnership. O'Rourke has served on the organization's board of directors, and will continue to represent Matson on the board after his retirement. In addition, he has served on the board of the Signal Mutual Indemnity Association, which provides the company's federal workers' compensation coverage. O'Rourke's legal expertise has made him a valuable contributor to Matson's business strategy over the nearly past two decades, including growth initiatives related to the company's Guam and China services, as well as fleet expansion and renewal projects.

Prior to Matson, O'Rourke served as senior vice president and general counsel of Crowley Maritime Corporation from 1988 to 1992. Prior to that, he was vice president of United States Lines in Washington, D.C. His legal career began in New York as an attorney with Donovan Leisure Newton and Irvine from 1974 to 1979.

O'Rourke has a master's in business administration and a law degree from Fordham University, as well as a bachelor's degree in economics from Holy Cross College. He was a U.S. Army Officer from 1969 to 1971.

Heilmann joined Matson in 2012 as vice president and deputy general counsel, and has managed a number of major legal matters for the Company in the past two years.  The most significant was the separation from A&B and the transition of Matson becoming a publicly traded company.  Heilmann has handled all aspects of SEC and NYSE responsibilities for Matson, which were new to the organization.

Prior to Matson, Heilmann had 20 years of legal experience in private practice, including over 10 years as a partner of Gibson, Dunn & Crutcher LLP (Gibson Dunn) in San Francisco. At Gibson Dunn, he counseled boards of directors, senior management and general counsel with respect to corporate and business law matters, including SEC public reporting requirements, corporate governance and strategic transactions. He has extensive experience representing public and private companies in mergers and acquisitions, joint ventures and strategic investments. He has provided counsel for day-to-day matters for industries as diverse as computer hardware, networking, software, internet, retail, public utility and wine. He also represented issuers and underwriters with respect to public and private offerings of both debt and equity securities.

"Kevin O'Rourke has had a long, distinguished career in the maritime industry," said Matt Cox, president and CEO.  "He has provided Matson with exceptional legal counsel over the past two decades and is highly respected by the Company's senior management team, employees and industry peers.   We're very appreciative of the outstanding contributions he's made to Matson's course of business during his career.  In the past two years, Peter Heilmann has demonstrated his capabilities in managing and directing a number of high profile legal matters.  We are pleased to have him on our team.  I am confident he will prove to be a strong successor to Kevin O'Rourke."