Hempel Joins Getting to Zero Coalition 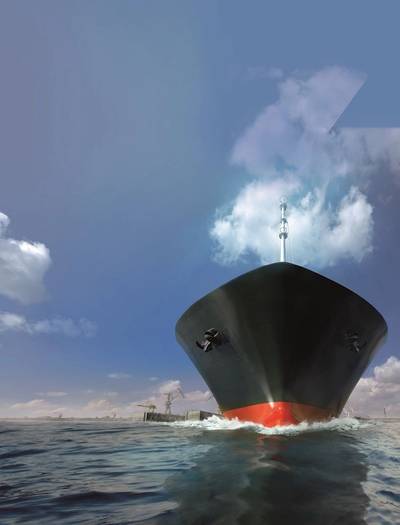 Global coatings supplier Hempel announced on October 24, that it has joined the 'Getting to Zero Coalition,' a multi-stakeholder group that aims to see the introduction of commercially viable zero emission shipping vessels by 2030.

For this to be possible, zero emission vessels (ZEV) are essential, which is why the Getting to Zero Coalition was established. A partnership between the Global Maritime Forum, Friends of Ocean Action and the World Economic Forum, is bringing together industry stakeholders to work towards having commercially viable ZEVs operating along deep-sea trade routes by 2030. Hempel has committed to being a key player in achieving this goal.

Launched in September, Hempaguard MaX reduces a vessel's drag in the water, which cuts fuel consumption and associated emissions. It is based on Hempaguard X7, a hull coating that has been applied to over 1,500 vessels since its launch in 2013, enabling those vessels to collectively reduce their annual fuel bill by USD 500 million and cut annual CO2 emissions by over 10 million tonnes.

The Getting to Zero Coalition will begin by working with industry players in the maritime, energy and other related industries, as well as academics, think tanks and policy makers, to develop a roadmap that identifies the technologies, investments and actions needed to get commercially viable ZEVs operating on the water by 2030, including all necessary infrastructure around the new vessels.