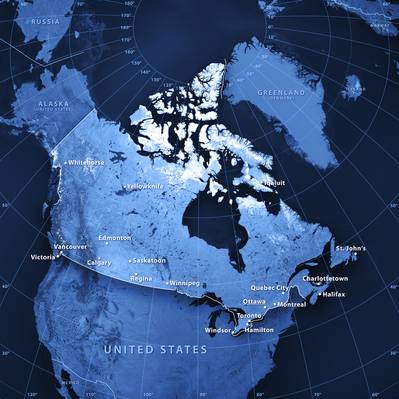 While it seems that half the world is monitoring the oil and gas exploration activities of Royal Dutch Shell (Shell Oil) on the United States outer continental shelf (OCS) in waters of the Chukchi and Beaufort Seas off the north coast of Alaska, another historic event is occurring in those same waters: Arctic Shield 2012.  The US Coast Guard is assembling its largest ever effort in the Arctic during the period July through October 2012.
The Coast Guard has been gradually expanding its presence in the Arctic over the past four years.  What started out as mostly an aviation mission has expanded to encompass the full panoply of Coast Guard missions.  This expansion gained broad attention this past winter when the USCG icebreaker HEALY escorted the Russian ice-strengthened tanker RENDA on a voyage through the ice-choked Bering Sea to bring emergency fuel to Nome.
This summer, though, the Coast Guard is making a full-court press.  The National Security Cutter BERTHOLF, the Medium Endurance Cutter ALEX HALEY, and the buoy tenders HICKORY and SYCAMORE will be operating in waters of the Chukchi and Beaufort Seas, testing their ability to perform national security, maritime safety, law enforcement, marine pollution prevention, and other Coast Guard missions in Arctic waters.  They will be joined by four helicopters, a mobile communications facility, and various shore-based assets.  In a first-ever Arctic waters test, the Coast Guard, the US Northern Command, the Navy Supervisor of Salvage and Diving, and other agencies will deploy Spilled Oil Recovery System (SORS) equipment from one of the buoy tenders.
In addition to providing the Coast Guard with improved Arctic domain awareness and the opportunity to respond to emerging mission demands, Arctic Shield 2012 will provide additional operational experience in the Arctic, including operation of assets, deployment of personnel, and the conduct of exercises.

Outreach
A major emphasis of Arctic Shield 2012 will involve expansion of the Coast Guard’s ongoing outreach program with its Alaskan Native partners.  The outreach program dates from shortly after the US purchase of Alaska from Imperial Russia in 1867.  The Revenue Cutter Service vessel LINCOLN carried the first federal officials from the West Coast to the newly acquired Alaska Territory.  Thereafter, cutters made regular patrols through Alaskan waters, bringing doctors and teachers and enforcing federal laws, including fur seal protection.
Since February 2012, Coast Guard and other federal, state, and local agencies have been conducting over 50 humanitarian outreach events in 27 different Alaskan Arctic communities.  This operation is the nation’s largest humanitarian outreach effort, other than those directly related to disaster response.  Included in the outreach effort are medical, dental, and veterinary assistance programs focused in the three hub communities of Nome, Kotzebue, and Barrow.  Outreach efforts also include water safety, ice safety, boating safety, commercial fishing vessel safety, and search and rescue training in remote fishing villages.  The Coast Guard will also be working directly with Alaskan Natives during Arctic Shield 2012, benefiting from their intimate knowledge of the Arctic environment.

Geography and Infrastructure
The operation is particularly complicated because of the geography.  Everything is staged out of Kodiak, in southwest Alaska, where the Coast Guard has a large base and air station.  The nearest deepwater port is in Dutch Harbor, at the eastern end of the Aleutian Chain.  Some resupply can be done through Nome, but it lacks an adequate dock where the large cutters can moor.  Kotzebue, Barrow, Prudhoe Bay, and other locations along the Alaskan Arctic coast lack any port facilities and have minimal infrastructure for mission support.  In other words, you must largely bring with you whatever you might need.
In addition to the vast distances involved in Arctic operations, there is a dearth of traditional resources.  The waters are not well charted.  There are no permanent aids to maritime navigation, such as lighthouses and buoys (the Marine Exchange of Alaska, though, has recently established a chain of automatic information system [AIS] transceivers along the Alaskan Arctic coast).  There are few airports or runways.  Search and rescue (SAR) assets and marine pollution response capabilities are minimal.  Even land transport capability in the Arctic region is meager.
While the Shell Oil activities may have highlighted activities in waters of the US Arctic, things have been gradually building up for some years now.  In 1969, the supertanker MANHATTAN was escorted by US Coast Guard and Canadian Coast Guard icebreakers through the Northwest Passage from the Atlantic Ocean to Prudhoe Bay following the discovery of oil reserves on the Alaskan North Slope.  Over the years since that pioneering voyage, more resource extraction activities have occurred.  Commercial fishing is slowly increasing.  Ice-strengthened cruise ships have commenced voyages through Arctic waters, though not always without incident.  In 2010, the cruise ship CLIPPER ADVENTURER was aground for three weeks in waters of the Northwest Passage after it struck an uncharted rock.  Fortunately for all concerned, including the 110 passengers, the weather was favorable and there were no injuries.  Things could easily have turned out differently.

International Interest in the Arctic
While all planned activity during Arctic Shield 2012 will be well within United States waters, the interests of neighboring Canada are not being ignored.  A representative of the Government of Canada has been invited to ride one of the USCG cutters has an observer.
Partly in anticipation of possible oil and gas deposits in deep waters of the Arctic Ocean, various nations are conducting scientific missions in those waters.  The principal players are the so-called Arctic nations: Canada, Denmark, Finland, Iceland, Norway, the Russian Federation, Sweden, and the United States.  Lately though, other nations have demonstrated an interest in the Arctic.  China has dispatched its polar icebreaker XUE LONG (Snow Dragon) to the Arctic four times (1999, 2003, 2008, and 2010).  During its 2010 Arctic voyage, the XUE LONG reached its northern-most point, 88.22°N at 177.20°W.  From there, its helicopter flew scientists to the North Pole for some research work.  The icebreaker is due to depart in July 2012 for a four-month voyage to the Arctic for a planned trip through the Bering Strait and across the Arctic Ocean to the Atlantic.  During this voyage, the icebreaker will probably call at China’s Yellow River Station in Ny-Ålesund, Svalbard.

Balancing Environmental Advocacy and Marine Safety
The Coast Guard assets would be in position to monitor the offshore oil and gas exploratory drilling for compliance with applicable federal laws and regulations.  There is also the possibility, hopefully remote, that environmental advocates may seek to interfere with those federally-permitted activities.  While it is not the mission of the Coast Guard to impede legitimate civil protests, the Coast Guard will take appropriate action in the event of unlawful civil protests or in the event that any protests create unsafe conditions.  In February 2012, at Port Taranaki, New Zealand, a small group of environmental advocates, including Lucy Lawless, star of the recent television series “Xena: Warrior Princess”, boarded the drillship that Shell Oil intends to utilize in its operations in the Chukchi Sea this summer.  Subsequently, Shell Oil obtained injunctions to prevent the boarding of its vessels during this summer’s federally-permitted activities.  At least one environmental advocacy group has publicly stated that it intends to use one of its vessels to shadow the Shell Oil ships en route to and operating in Arctic waters. The Coast Guard proposes to establish safety zones around the drilling operations so as to maintain a safe separation between those operations and any demonstrators or other vessels or persons in the vicinity.

Summary
Arctic Shield 2012 represents not the culmination of 145 years of Coast Guard operations in Alaska, but the commencement of a new chapter of Coast Guard operations in the Arctic.  As long term weather patterns change and the Arctic becomes the scene of broader human activities and challenges, the Coast Guard is demonstrating that it is ready to undertake its new and expanded missions in Arctic waters.  The challenges are many and not to be taken lightly, but the importance, and inevitability, of greater Coast Guard presence in the Arctic cannot be denied.