This Day In Naval History: June 10 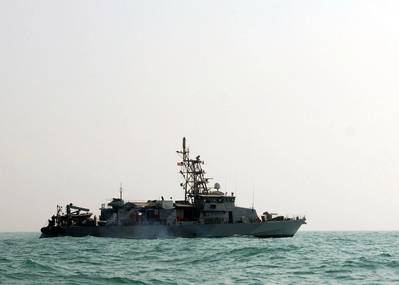 1854 - The first formal graduation exercises are held at the U.S. Naval Academy at Annapolis, Md. Previous classes graduated without a ceremony. Rear Adm. Thomas O. Selfridge and Rear Adm. Joseph N. Miller are two of the six graduates that year.

1896 - Authorization is given for the first experimental ship model basin, which was under the supervision of Chief Constructor of the Navy, Capt. David W. Taylor. The basin, in Building 70 at the Washington Navy Yard, Washington, D.C., is used by the Navy to monitor new hull designs.

1952 - USS Evansville (PF 70) is fired on by shore batteries in Songjin Harbor. She avoids damage by maneuvering while USS Endicott (DMS 35) and USS Thomason (DE 203) fire on and silence enemy guns.

1995 - USS Firebolt (PC 10) is commissioned. The coastal patrol boat is the 10th of the Cyclone-class and currently homeported in Manama, Bahrain.