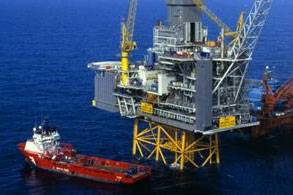 Oil and gas have been encountered by StatoilHydro in the Katla prospect, 11 kilometres south-west of the Oseberg South platform operated by the group in the Norwegian North Sea. Proven recoverable volumes are 50-80 million barrels of oil equivalent, with the bulk of the resources occupying the Tarbert formation in the upper Brent group.

Oil and gas were found in this structure, while gas was also proven in Upper Jurassic reservoir rocks belonging to the Heather formation.

“We’ve had great success with exploration close to producing fields over the past year,” said Tove Stuhr Sjøblom, head of exploration for the Norwegian continental shelf.

“This is another discovery which confirms that it’s still possible to find relatively large volumes of oil and gas in established areas such as Oseberg.”

The find will probably be developed and produced through a tie-in to one of the existing subsea installations in this part of the North Sea.

“Given that it lies close to an existing field and can quickly be brought on stream, this is a very interesting volume,” said Tom Dreyer, head of North Sea infrastructure-led exploration.

“The discovery is a good deal larger than we usually find in wells close to existing fields.”

Although the discovery has not been tested, extensive data gathering and coring have been carried out.

“Discoveries like this are important for maximizing the recovery of resources from the NCS, because they help to extend the production life of installations,” said Ms. Sjøblom.