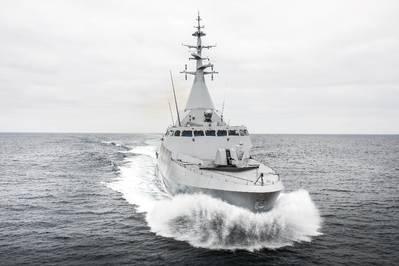 iXblue said it has been selected by Naval Group to supply navigation systems for two Gowind corvettes intended for the international market. These two future combat corvettes will be fitted with Marins navigation systems and Netans data distribution and processing units.

Based on fiber-optic gyroscope (FOG) technology, iXblue navigation solutions already equip more than 650 surface ships and underwater platforms in 40 navies and coast guards, including major programs such as the French Navy's future FDI, the new Astute-class nuclear attack submarines and the Queen Elizabeth-class aircraft carriers of the UK Royal Navy, the F122 (Bremen-class) and F123 frigates (Brandenburg-class) of the German Navy, and the new OPV 87 of the Argentine Navy.