By Laura Sanicola and Jarrett Renshaw May 13, 2021 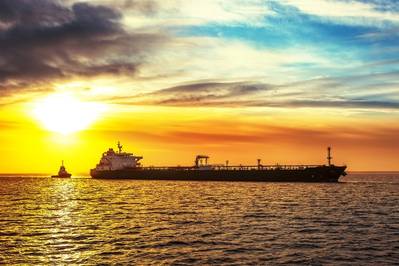 U.S. refiner Valero Energy Corp was granted a Jones Act waiver, sources familiar with the matter said on Thursday, after a cyberattack shut the Colonial Pipeline late last week, creating a fuel crunch in several parts of the U.S. Southeast and Northeast.

Jones Act waivers are a key way to ensure fuel supplies reach some of the hardest hit areas as pump prices continue to surge while Colonial begins to ramp up flows on its pipeline network that transports more than 2.5 million barrels of fuel every day.

The Jones Act requires goods moved between U.S. ports to be carried by ships built domestically and staffed by U.S. crews. A waiver allows foreign vessels to ship petroleum products from the Gulf Coast to East Coast ports in the United States.

Shipbroking sources say the vessel loaded fuel from St. Charles, La. yesterday and has since been routed to the U.S. East Coast.

Earlier on Thursday, the U.S. Department of Homeland Security said it approved a Jones Act waiver request to an individual company to ease fuel supply constraints between Gulf Coast and East Coast ports. It did not name the company.

The Department of Homeland Security did not respond to a request for comment.

Privately owned Colonial Pipeline Co began to slowly restart the nation's largest fuel pipeline network on Wednesday after a ransomware attack shut the line. But it will take several days to return to normal operations, the company and government officials said.