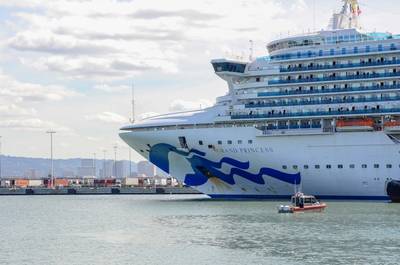 A federal judge dismissed lawsuits by Grand Princess cruise ship passengers who sued for emotional distress caused by their fear of exposure to COVID-19, saying that allowing their cases to proceed would “lead to a flood of trivial suits.”

Debi Chalik, a lawyer for Ronald and Eva Weissberger of Florida, who filed the first lawsuit against Princess, said she was disappointed with the ruling and was considering an appeal.

Chalik also disagreed that her case would cause a wave of lawsuits because few businesses welcome customers the way Princess did when it knew the virus was potentially present on its ship.

“If a gym or restaurant is inviting people to come when they know the virus is circulating there, I think you should be able to sue those businesses,” she said.

Carnival Corp, which operates the Grand Princess, did not immediately respond to a request for comment.

The Grand Princess grabbed headlines in March when the ship and its 2,400 passengers were denied entry to San Francisco after an outbreak of the novel coronavirus on the ocean liner.

Nearly a week later, officials arranged for the ship to dock in Oakland, Calif., and passengers were taken into quarantine.

The Weissbergers filed one of the first U.S. lawsuits tied to the pandemic and alleged the cruise line allowed them to board the ship even though passengers who disembarked the same day from a prior cruise had symptoms of COVID-19.

The couple sued for more than $1 million for putting their health at risk and causing them trauma.