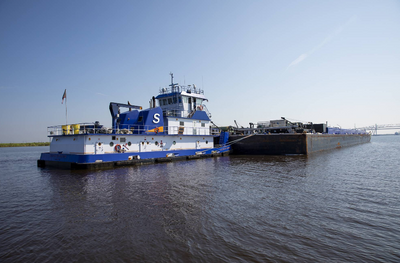 Houston-based Kirby Corporation said Thursday it has completed the acquisition of Savage Inland Marine’s inland towboat and tank barge fleet. The total consideration paid was approximately $278 million and was financed with additional borrowings.

Kirby will take over Savage ship bunkering business as well as barge fleeting services along the Gulf Coast.

Kirby announced the deal in January.

Bridge Heights Are Not Guesswork: Accuracy Is Imperative

“Your true pilot cares nothing about anything on earth but the river, and the pride in his occupation surpasses the pride of kings.” -Mark Twain…