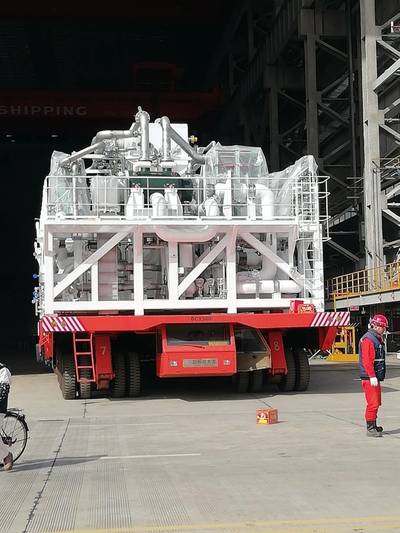 Wärtsilä said it has been tapped to supply three more of its Compact Reliq reliquefaction plants to Norway-based Knutsen OAS Shipping, bringing the total number of orders for the same customer to eight, with two having been ordered in 2020, and a further three in 2021. The systems are being installed on eight new liquefied natural gas (LNG) carriers being built at the Hyundai Heavy Industries (HHI) yard in South Korea. The latest order with Wärtsilä was placed in June 2022.

The Compact Reliq solution is based on the reversed nitrogen Brayton cycle refrigeration technology. The solution is designed to reliquefy the boil-off gas (BOG) from gas carriers and LNG bunker vessels, and for keeping the cargo cool under all operating conditions. It allows a portion of the BOG to be used as fuel for the ship’s engines, with the excess able to be sold as part of the LNG cargo.

“We are expanding our fleet of LNG carriers and having them fitted with Wärtsilä Compact Reliq, nitrogen as cooling medium is safe and simplifies the operation. In addition we expect less maintenance due to the oil free magnetic bearing compressors,” said Jarle Østenstad, Newbuilding Director, Knutsen OAS Group.