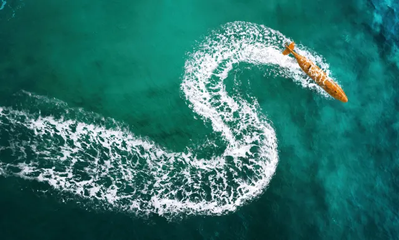 According to its manufacturer, the HUGIN Superior, introduced to the market in December 2018, is engineered to provide significantly enhanced data, positioning and endurance capabilities while building on the proven track record of the HUGIN AUVs. The complete AUV system will be delivered in DNV certified offshore containers along with a portable version of Kongsberg’s HiPAP 502 acoustic positioning system for easy mobilization onboard vessels of opportunity.

A new feature introduced with the HUGIN Superior is the possibility to use the HISAS synthetic aperture sonar as a navigation aiding sensor to greatly improve the autonomous navigation performance. Developed in close collaboration with the Norwegian Defense Research Establishment (FFI), the HUGIN Superior applies sophisticated signal processing algorithms to extract velocity information from the sonar data in real time. Used as an aiding input to the inertial navigation system this provides unmatched autonomous navigation performance.

Diana Shipping announced that, through a separate wholly-owned subsidiary, it has entered into a time charter contract with…

Subsea Global Solutions (SGS) has entered into an agreement with Royal Caribbean Cruises Ltd. (RCCL). Under the agreement…