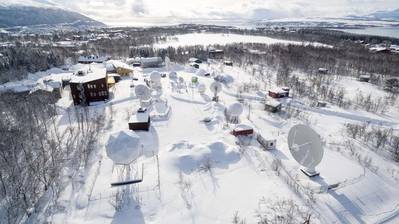 Space Norway owns 50% of Kongsberg Satellite Services (KSAT), a company that reads data from satellites that are observing the Earth from space.

The contract is related to Space Norway’s newly announced cooperation with the satellite operator Inmarsat and the Norwegian Ministry of Defence to offer mobile broadband coverage in the Arctic.

The two satellites related to this cooperation are scheduled to be launched by SpaceX in 2022. The 15 year service agreement covers ground station and spacecraft operations and requires KSAT to expand with both capacity and antennas in the Tromsø-region in Northern Norway.

"This award is an important milestone for Kongsberg Satellite Services. Providing broadband to the strategically important Arctic region demonstrates that we are world leading provider of satellite ground stations and services. This is an important step in ensuring we are a preferred partner for next generation space missions", says Eirik Lie, President in Kongsberg Defence and Aerospace.

"This contract is of high strategical, as well as financial importance for the development of KSAT. The contract confirms KSAT’s very strong position in this new space market and expands our offerings further", says Rolf Skatteboe, President KSAT.