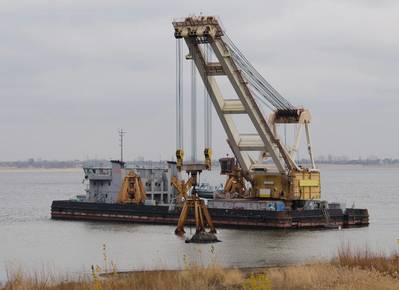 A coalition of 75 members of the House of Representatives called on President Trump to fully fund harbor maintenance programs in his upcoming Fiscal Year 2018 budget proposal.

The letter, available here, noted that the Water Resources Reform and Development Act of 2014 (WRRDA) called for FY18 harbor maintenance expenditures to equal 74 percent of FY17 Harbor Maintenance Tax revenue. Although the specific amount is not yet known (the budget typically includes an estimate of previous year revenue), legislators urged the President to include the appropriate amount in his budget.

“The U.S. needs fully maintained navigation channels for safe and efficient freight transportation to the global marketplace,” the letter urges.

“If your Administration requests harbor maintenance appropriations consistent with the WRRDA 2014 targets, we are confident that Congress will work with you to provide those amounts."

While Congress will ultimately set the appropriation for the Corps of Engineers' operation and maintenance activities, the Administration's initial budget request has a strong influence on the process.

According to the American Great Lakes Ports Association, the letter is an illustration that strong bipartisan support exists within Congress to stick to the funding targets established in WRRDA, and reaching full utilization of the Harbor Maintenance Tax by 2025. This coalition will continue to "work" the process and hopefully achieve expanded funding for harbor dredging and other Corps maintenance activities.