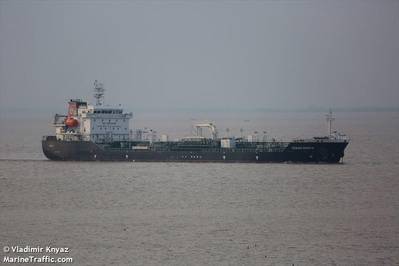 Lim and his sister, Lim Huey Ching, filed an application to restrain R&T from acting for the judicial managers of fleet manager Ocean Tankers Pte Ltd, Lim said in an email on Friday. A similar application had been made in regard to oil trader Hin Leong Trading Pte Ltd, he said.

They filed application on behalf of Ocean Tankers and Hin Leong Trading. Lim and his sister are directors of both companies.

The actions are the latest in a series stemming from the collapse earlier this year of Hin Leong and Ocean Tankers, both of which were placed under court-appointed supervisors.

Hin Leong is seeking to restructure billions of dollars of debt after a crash in oil prices revealed a massive, years long fraud at the once fabled trading house.

“R&T sees no legal or factual basis for the position now taken by the members of the Lim family purportedly acting as directors of the two companies,” the law firm said in a statement to Reuters.

EY, the court-appointed interim judicial manager (IJM) for Ocean Tankers, and PwC, the IJM for Hin Leong, did not respond to requests for comment.

The Lims said in a court affidavit reviewed by Reuters that they were told by R&T on May 12 that the law firm would act for Ocean Tankers’ IJM, EY. They said from the early 1990s, R&T had advised and acted for their family and their group of companies.

R&T possessed confidential information and documents that were at risk of being misused by the firm in its new role to benefit the supervisors, against the family’s interests, they said in the affidavit.

These included financial statements and management accounts, shareholders’ agreements, loan agreements and charter agreements related to vessels owned by companies owned by the Lims, they said.

In the affidavit, the Lims said R&T had “to date refused to step down despite repeated requests to do so, which has necessitated this application.”

The case will be heard on August 11, Lim said.

R&T told Reuters by email it had never advised or acted for the Lim family in connection with the financial distress of their companies. It said it acted for Ocean Tankers and Hin Leong to file for judicial management and the appointment of IJMs.

After the IJMs were appointed, R&T said, it agreed to continue acting for the two companies and for the IJMs of both firms, “subject to certain conditions which ensured that there would not be a conflict of interest or abuse of confidential information.”

PDVSA Changes Oil Deals to Include Shipping as Sanctions Bite

Venezuelan state-run oil firm PDVSA has begun offering to ship its own oil, figuring in the costs in crude supply deals to…