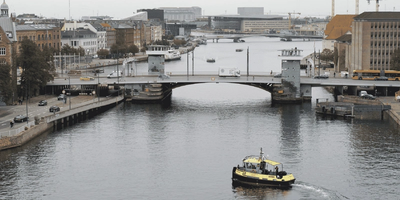 The autonomous tug Nellie Bly has completed what is claimed to be the world’s first 1,000+ nautical miles autonomous and remotely commanded journey of a commercial vessel at sea.

The journey around Denmark, aptly named the Machine Odyssey, officially started September 30, when the Nellie Bly departed Cuxhaven, Germany, (near Hamburg) for Denmark.

The news of the successful journey completion was shared Thursday, by Sea Machines Robotics, a Boston-based developer of autonomous command and control systems for the maritime industry which equipped the tug with autonomous systems.

The Nellie Bly completed its journey around Denmark in 29 operational hours over 13 days, and has docked in Hamburg after 1025.6 nm.

The program was commanded by U.S. Coast Guard-licensed mariners remotely stationed 3,000 miles away in Boston, many of whom are also members of the American Maritime Officers union.

“The completion of this voyage marks the catalyst for a new era of at-sea operations,” said Michael Johnson, CEO of Sea Machines. “Over the last two millennia, it’s estimated that around one-hundred million vessels have transited these same Danish waters. Though vessels, cargos, nations and destinations have changed, the way these great ships are commanded has remained virtually constant, with humans onboard making navigational decisions, undertaking manual control actuation, and communicating person to person. Only now are we revealing a new method of operation. 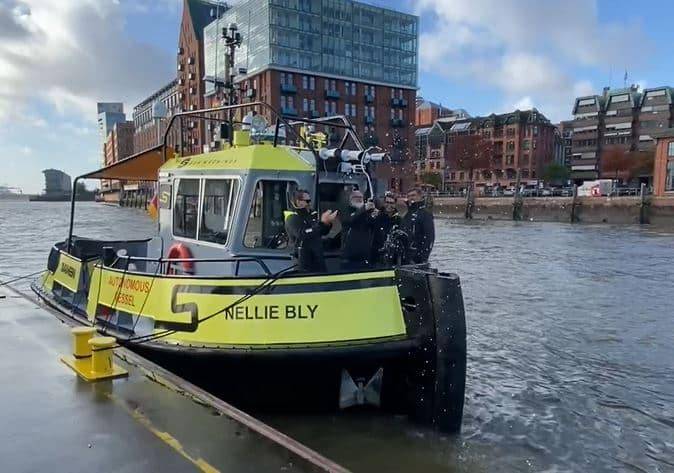 Remotely commanded autonomous vessels provide the marine industries with the platform necessary to be competitive in the modern world, delivering significant increases in productivity and operational safety, digitized ultra-efficiency and response speed, and will provide a new world of actionable operational data for improved planning and business practices. The Machine Odyssey signals the start of a new human-technology relationship propelling on-sea operations in the 21st century.” 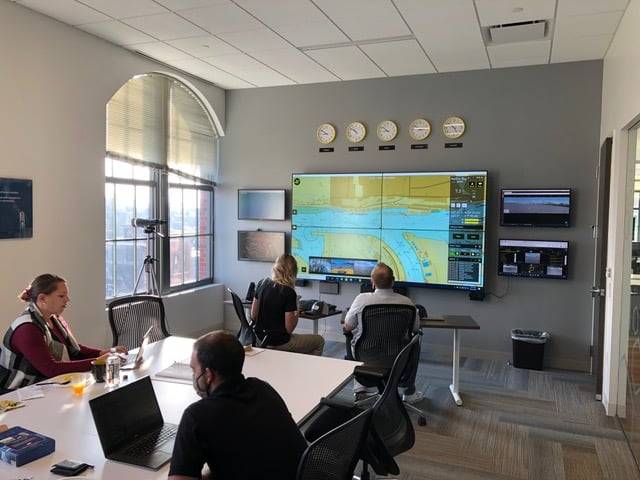 A team of USCG-licensed mariners remotely commanded the Nellie Bly in Denmark from a control station located in Boston. Credit: Sea Machines Robotics

"This successful autonomous operation demonstrates that with this technology the world’s fleets can ply the oceans in a more predictable and safer manner, while optimizing the global supply chain by delivering a greatly more efficient and productive means of transportation than what exists today," Sea Machine said in a statement.

"Throughout the voyage, the tug averaged a speed of 7.9 knots. Sea Machines garnered 3.8TB of essential operational data showcasing how the ships can readily connect as IOT systems into the cloud economy," Sea Machines said.

The SM300 also provided the remote commanders in Boston with an active chart of the environment and live augmented overlays showing the progress of the mission, state of the vessel, situational awareness of the domain, real-time vessel-borne audio, and video from many streaming cameras.

"Autonomy is taking hold faster on the waterways than it is on roadways,” continued Johnson. “Our autonomous systems are already supporting vessel operations around the world in manned and unmanned capacities. We are rapidly retooling the marine industries with an advanced perception, self-piloting system, and connected vessel intelligence. The Machine Odyssey was a success and we believe we will soon see autonomy become commonplace.”