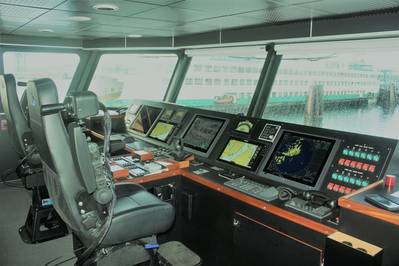 The bow-loading fast ferries, built by NBBB at its Whidbey Island, Wash. shipyard, are state-of-the-art, low-wake vessels. The first, Enetai, was delivered in September 2020, and its sister vessel, Commander, is slated for delivery in March of 2021.

Mackay Marine said it equipped the vessel with a fully integrated navigation and communications package for these vessels.

Both catamarans are outfitted with productivity and safety-enhanced electronics enabling Kitsap Transit to expand its routes within the Puget Sound region.