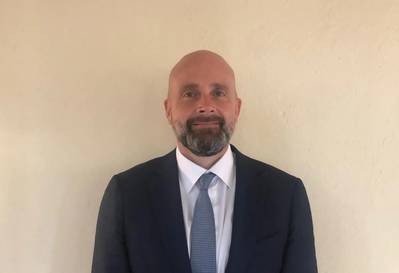 Maersk Training has named David Skov as its new CEO as the firm looks to expand its presence in the worldwide offshore energy and maritime markets.

Skov has been with A.P. Moller – Maersk since 1995, where he joined the Maersk International Shipping Education program and has since served in various senior leadership roles with mainly Maersk Line and APM Terminals.

He said: “Having recently worked with the team at Maersk Training in my previous role, I know the high level of knowledge and experience that is here within the company. Maersk Training has built its strong position in the industry, and it is my ambition to expand this reach and expertise in the key regions around the world.

"Our range of services helps safeguard people and the environment while improving the performance of companies. The energy transition is seeing an emergence of new technologies that require new competencies. As a partner to our customers, we will be there to provide the highest level of service to fit their needs.”

Skov has worked and lived in Denmark, Nigeria, Togo, Benin, The Netherlands, Hong Kong and Dubai over the years. Before joining Maersk, he spent several years with the Danish Army as a reserve officer. He holds several business degrees, including a Master of Business Administration from the University of Warwick in the UK.