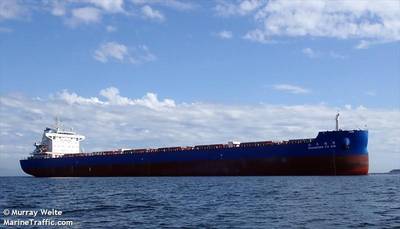 The search is for a 5-foot 31-year-old Vietnamese male.

Watchstanders with Coast Guard Sector New Orleans received a radio call at approximately 6:35 p.m. Thursday on VHF-FM channel 16 from the crew of the Shandong Fu Xin stating a crewmember reportedly failed to show up to watch that afternoon. The crew reported they were unable to find the missing crewmember after a search of the vessel.

The watchstanders issued an urgent marine information broadcast and coordinated the launch of several Coast Guard assets to aid in the vessel's search.