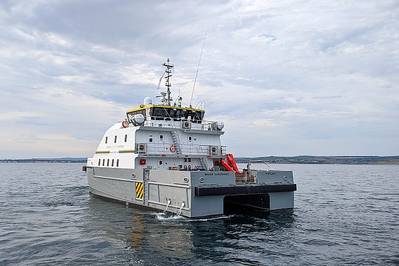 The launch follows a year-long build and sea trials at the Manor Marine shipyard in the U.K. The £4 million ($5.1 million) aluminum catamaran will primarily work as a support vessel for offshore wind farm projects in Europe, following in the footsteps of sister vessel Manor Venture launched in 2017 and also built at Manor Marine.

"Using lessons learnt from the build of the Manor Venture, the Manor Endurance is suitable for a range of offshore works while embracing new hybrid technology," said Michael James, Marine Superintendent, MRE.

Upon completion of its current charter, the Manor Endurance will be available for long-term charter from January 2021.