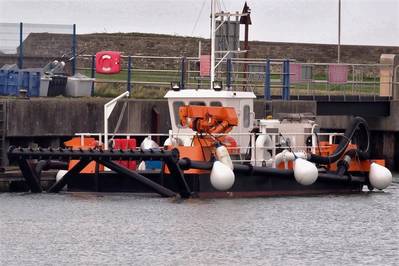 The Marine Group’s Harbor Management Division has expanded its dredging capabilities with the recent completion of its bespoke built water injection dredger CMS Seaka. Following the deployment of CMS Innovation, The Marine Group invested in the development of a more powerful and highly efficient machine that adopts the same environmentally friendly water injection technology.

The Marine Group purchased CMS Seaka as a Multicat in 2018. The vessel was then comprehensively redesigned by OSD-IMT and modified by the original builders, GRA ltd and the company's in-house team of engineers, Cardiff Diesel Services. The new design will allow the team to dredge more efficiently and in higher volumes than previous operations. While Seaka is powered by a Doosan V158TI engine, the vessel also houses a Sulzer A53-200 pump capable of pumping water at a rate of up to 330L per second. The 5m boom holds 27 outlets that have been oriented to provide maximum efficiency, dredging up to 450m3/hr.

The Marine Group said Seaka’s commissioning is part of its ongoing commitment to the evolution and development of Burry Port Marina. While water injection dredging has continually been used to develop channels and berths in the marina, CMS Seaka will accelerate the process of taking Burry Port from a forgotten sailing destination back to its status as the jewel of the Carmarthenshire coast, the company said.

While not working on The Marine Group’s numerous marinas around Wales, Seaka will be available to provide dredging to customers all over the country. Seaka, measuring 10m in length and 4.8 m across the beam, is transported to site via road in one piece, allowing the team to start work within 30 minutes of being in the water. Seaka’s size will allow marinas and ports to remain fully operational while dredging is undertaken. 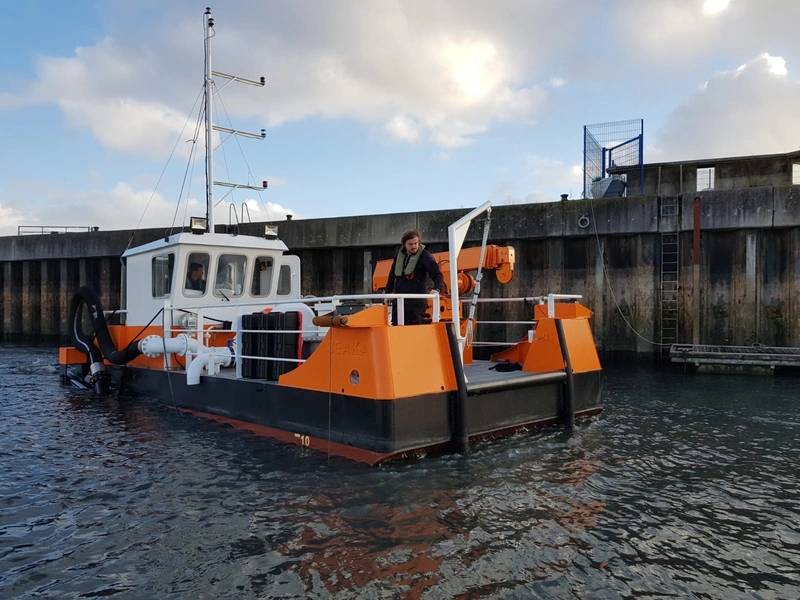 Reaching a maximum depth of 8.5m Seaka will be the one of the most efficient water injection dredgers in the country, ideal for smaller ports where traditional dredging is uneconomic.

While 2020 has been an arduous year for a lot of Welsh businesses, The Marine Group continues on its path of expansion, investment and diversification. The company noted its investment in CMS Seaka highlights the business’ commitment to growing its Harbor Management Division. While adopting an environmentally friendly approach by pioneering water injection technology it is also supporting its commitment to the environment. In the same year the business has expanded its offer and is now providing hydrographic surveying and harbor management consultancy services. 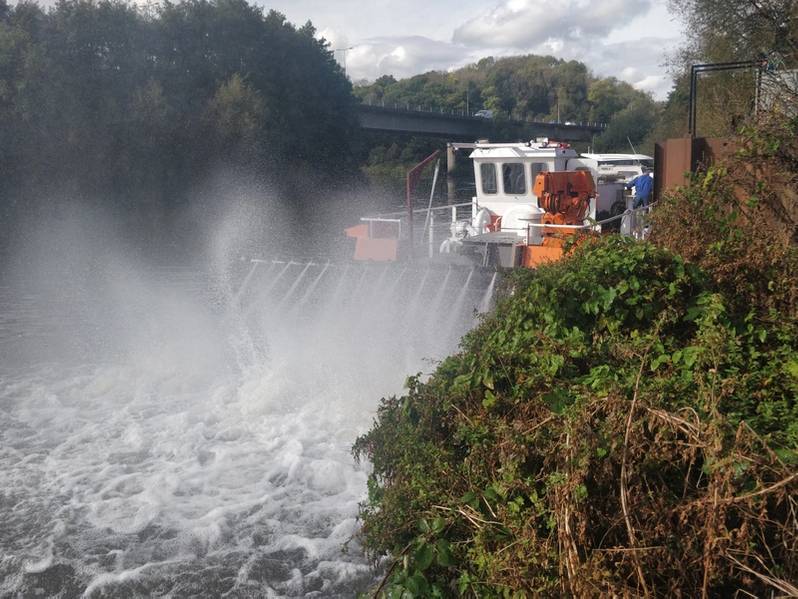