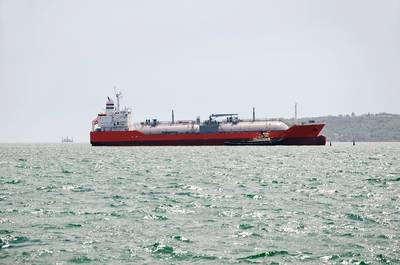 London’s marine insurance market on Tuesday added the Ukrainian and Russian waters around the Black Sea and Sea of Azov to its list of areas deemed high risk as tensions persist in the region, a senior official said.

Guidance from the Joint War Committee, which comprises syndicate members from the Lloyd’s Market Association (LMA) and representatives from the London insurance company market, is watched closely and influences underwriters’ considerations over insurance premiums.

Following a buildup of Russian troops near Ukraine, Russia said on Tuesday some were returning to base after exercises close to the border and mocked repeated Western warnings about a looming invasion, but NATO said it had yet to see any evidence of de-escalation.

Neil Roberts, head of marine and aviation with the LMA, which represents the interests of all underwriting businesses in the Lloyd’s market, said the addition was "a precautionary notification so that insurers and shipowners will be able to properly negotiate their exposure as it develops".

"We would be remiss if we did not advise the market now and give it the ability to react," he told Reuters. "With the increased naval activity, the possibility for a miscalculation is definitely there."

The Committee normally meets every quarter to review areas it considers high risk for merchant vessels and prone to war, strikes, terrorism and related perils. Roberts said it had been scheduled to meet next month but had convened a meeting due to developments.

Apart from the critical sea lanes around Ukraine, ensuring insurance cover for air flights is another factor at play.

Two Ukrainian airlines disclosed problems in securing insurance for some of their flights on Monday.

Roberts said London's Aviation Hull War Committee had met separately on Tuesday and continued "to look at risks as they develop".

"There is the potential for significant ground exposure for aircraft and there is the additional possibility that Russia’s actions could affect areas beyond Ukraine."

Aviation insurers have told clients they could give just 48 hours notice to exclude Ukraine, but that did not mean cover had been terminated.

A spokesperson with Lloyd's of London, the world's leading insurance market, said on Tuesday that "underwriters will react and adjust their risk appetite to reflect the current changing circumstances".

Airlines and the leasing companies that control billions of dollars' worth of passenger jets are drawing up contingency plans for a freeze in business with Russia if the standoff on Ukraine's border boils over into a military conflict.