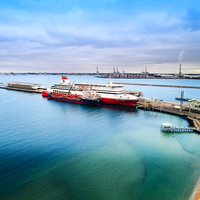 Viva Energy Australia announced the launch of its new very low sulphur fuel oil (VLSFO), developed to meet the International Maritime Organization’s (IMO) new regulations on fuel sulphur content.The new regulations will limit the sulphur content in marine fuels to 0.5% from the current level of 3.5%, in a move to reduce sulphur oxide emissions globally. Vessels worldwide will be required to comply by January 1, 2020.The introduction of the IMO’s new sulphur cap on fuels is one…

The Shanghai port has topped UNCTAD’s 2019 ranking of the world’s best-connected ports, released yesterday (7 August).The Chinese port garnered a connectivity score of 134 points, followed by the ports of Singapore (124.63 points), Pusan (114.45 points) in Korea and Ningbo (114.35 points), also in China. The index is set at 100 for the best-connected port in 2006, which was Hong Kong, China.Besides the Asian ports, the other ports on the top 10 list are those of Antwerp (94 points) in Belgium and Rotterdam (93 points) in the Netherlands. 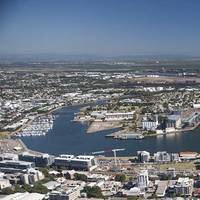 Port of Newcastle has become the first port in Australia or New Zealand to commit to meeting global environmental and sustainability standards as set by EcoPorts.The port was this month granted membership of the International EcoPorts network, having completed rigorous assessments to benchmark its environmental and sustainability practices against 120 major ports across Europe, Asia, North America and South America.Developed in 1997, EcoPorts remains the only Environmental Management… 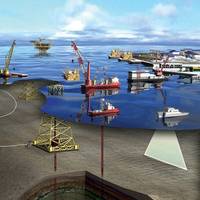 Malaysia’s Sapura Energy has entered into a heads of agreement with Austria’s OMV to form a strategic partnership and acquire half of Sapura Upstream for $1.6 billion."Under the agreements, OMV Exploration and Production GmbH (OMV E&P), a wholly-owned subsidiary of OMV Aktiengesellschaft, will buy a 50 per cent stake of the enlarged issued share capital in a newly-formed joint venture company, SEB Upstream Sdn Bhd (SUP), based on an enterprise value of up to USD1.6 billion comprising an equity value of up to USD1… 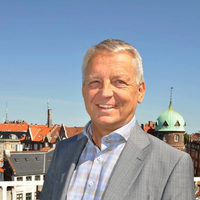 Interferry, the trade association representing the worldwide ferry industry, has announced that the new chairman of its board of directors is John Steen-Mikkelsen, CEO of Danish ferry operator Danske Faerger.Steen-Mikkelsen was elected together with three new board members at the annual general meeting held last week in Cancun, Mexico, during the association’s 43rd annual conference.The Interferry board is drawn from all types of large and small ferry operations - including ro-pax, ro-ro, cruise ferries, fast ferries and passenger-only ferries - as well as industry suppliers. 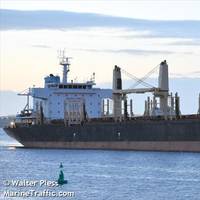 Asia Maritime Pacific and Fenwick Shipping Services announced Thursday that the two companies have merged their operations.Asia Maritime Pacific is a Handysize and minibulker owner and operator, headquartered in Hong Kong, with a fleet of over 40 modern dry bulk vessels operating worldwide. It has a network of nine offices and more than 100 employees spread across the globe, including Shanghai, Beijing, Tokyo, Melbourne, London, Austin, Douala and Santos.Fenwick Shipping Services was first established in 1973 as Wheelock Marine Chartering, and changed its name in 1985. 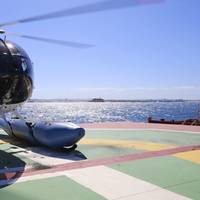 Babcock Australasia announced it has been awarded a further contract for helicopter marine pilot transfer services at the Newcastle Port, following a competitive tender process.Under the contract, Babcock will provide aircraft, pilots, engineering personnel and maintenance staff to ensure the safe transportation of marine pilots to ships located 3 to 8 nautical miles offshore. This continues the services that Babcock has provided at the Port since 1999.“This new contract reinforces… 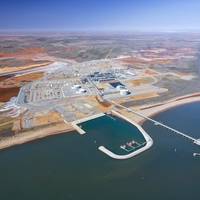 Trelleborg’s marine systems operation and Australasian engineering consultancy Synertec have formed a strategic partnership to meet demand for more accurate and efficient liquefied natural gas (LNG) custody transfer. Under the new agreement, Trelleborg will distribute Synertec’s LNG custody transfer system across its global sales network.LNG custody transfer, the transfer of the ownership of LNG from one organization to other, has long involved fiscal risk given significant uncertainties in traditional tank measurement.

Norwegian Joy is US Bound 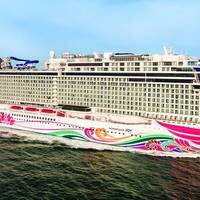 Norwegian Cruise Line’s first ship custom-designed specifically for the Chinese cruise market will be repositioned to sail from the United States starting in 2019.The nearly 4,000 passenger cruise ship Norwegian Joy is slated to sail seasonally from Seattle to Alaska in summer 2019 before making voyages to the Mexican Riviera and Panama Canal from Los Angeles in winter 2019/2020.Built by German shipbuilder Meyer Werft in 2017, the 1,094-foot-long, 167,725 gt Norwegian Joy was designed with finishes and amenities tailored specifically to the tastes of Chinese guests. 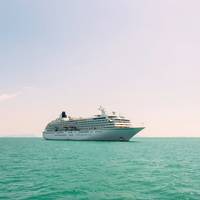 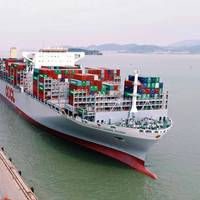 The Society for Gas as a Marine Fuel (SGMF) signed a memorandum of understanding with Australia’s LNG MFI to jointly promote the use of liquefied natural gas as fuel. SGMF is a non-governmental organisation (NGO) established since 2013 to promote safety and industry best practice in the use of gas as a marine fuel. Governed by a representative Board and driven by two principal Committees, SGMF has several working groups at any one time solving issues and producing outputs such as Guidelines and checklists for the industry.

Container Lines Speed up Their Assault on Reefer Cargo

Container shipping lines are increasing their share of the seaborne reefer market and are forecast to accelerate their assault over the coming years, according to the latest edition of the Reefer Shipping Market Review and Forecast 2017/18 published by global shipping consultancy Drewry. In 2016, the estimated perishable reefer cargo split was 79% in reefer containerships and 21% in specialised reefers. By 2021 this modal split is forecast to have changed to nearer 85% and 15% in reefer containerships and specialised reefers respectively. 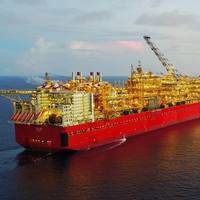 Shell’s floating liquefied natural gas (FLNG) facility Prelude has officially entered into Lloyd's Register (LR) class. At 488 meters long, 74 meters wide and displacing about 600,000 tonnes of water, Prelude is the largest floating offshore facility in the world. Last month Prelude arrived at its operating location in the Browse Basin, offshore northwest Australia. It will be moored at a depth of 250 meters and will not be dry-docked for the first 25 years of its expected 50-year operational life.

The Impact of Future Global Tides on Energy 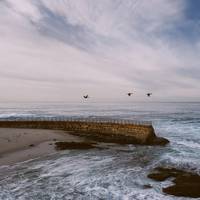 The first comprehensive study of the impact of global sea-level rise on tides has implications for future coastal flood risk, harbour management, and the long term planning of tidal energy sites. This research, published in Continental Shelf Research by scientists at the National Oceanography Centre (NOC), University of Southampton and Deltares, shows that sea-level rise can significantly alter tides across the world in many different ways in both space and time. The change will be most pronounced in shelf seas on the east coast of the Americas… 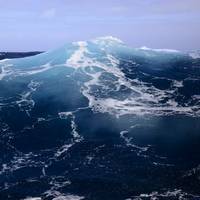 Global warming results in fundamental changes to important ocean currents. As scientists from the Alfred-Wegener-Institute show in a new study, wind-driven subtropical boundary currents in the northern and southern hemisphere are not only going to increase in strength by the end of this century. The Kuroshio Current, the Agulhas Current and other oceanic currents are shifting their paths towards the pole and thus carry higher temperatures and thus the risk of storms to temperate latitudes. For this study, researchers evaluated a wealth of independent observational data and climate simulations.

Being in a position to accurately anticipate change in the shipping markets is becoming ever more crucial for maritime service providers, as owning principals demand more solutions to the problems created by over-ordering, according to Braemar Group Asia President Denis Petropoulos. Speaking at a press conference during Singapore Maritime Week, Mr Petropoulos said this need for in-depth industry knowledge and experience in understanding how to deal with market downturns means…

The United Kingdom Hydrographic Office (UKHO) and the Maritime and Port Authority of Singapore (MPA) have announced a new bursary training scheme in Marine Cartography and Data Assessment. Organized jointly by the UKHO and MPA over a five-week period from April 18, 2016 at the MPA Academy in Singapore, the course will train attendees on compiling and maintaining navigational charts. Drawn from 10 nations, the course attendees will comprise employees of their national hydrographic offices, port authorities and/or related national agencies involved in the production and maintenance of navigational charts. The course will equip students with skills to create and maintain paper and digital charts utilizing computer-aided cartography applications.

The Rationale for Shipping M&A

The most often quoted reason for consolidation is the reduction in unit costs which can be obtained by an operator with a larger volume of business. The ways in which these reductions can be achieved in practice are discussed in a new white paper, Consolidation in the liner industry, published by Drewry. Consolidation may put a shipping line in a better position to chart its future, with larger volumes and a greater control of its own destiny. • COSCO and CSCL’s merger advances them to fourth place (previously sixth and seventh respectively) though around 4% points behind CMA-CGM.

Record Number of Cruise Ships Sailing Down in NZ

New Zealand is set to welcome a record number of cruise ships this summer, including an unprecedented six ships making their inaugural visits to the country. 28 ships from its members' fleets would cruise to New Zealand over the coming months - an increase of more than 25 per cent on last year's summer season, said Cruise Lines International Association (CLIA) Australasia. According to CLIA Australasia Commercial Director Brett Jardine, the visiting flotilla will make more than 600 calls to New Zealand ports between October 1… 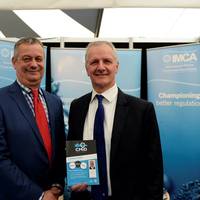 The CMID (Common Marine Inspection Document) Vessel Inspector Scheme has reached a milestone with the hundredth Vessel Inspector application having been received. The Inspectors accredited so far are based in more than 20 countries, with both the International Marine Contractors Association (IMCA) and the International Institute of Marine Surveying (IIMS) actively promoting the scheme globally. IMCA has also announced that CMID Version 9 will go live on September 7. IMCA and the… 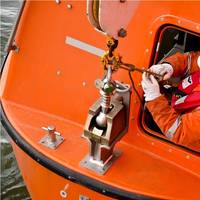