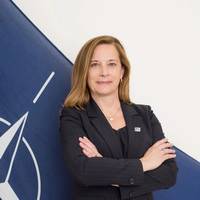 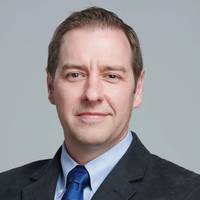 Sea Machines Robotics CEO & President.Michael Gordon Johnson is a marine engineer, an accomplished entrepreneur and sector leader with a primary goal of building progressive and sustainable innovation for modern society. He is the founder of Sea Machines, a Boston-based tech company that is a leading provider of autonomous control and intelligent perception systems for marine vessels. Johnson earned a marine engineering degree from Texas A&M University before starting a career focused on complex projects in offshore oil and gas, marine transportation and salvage. 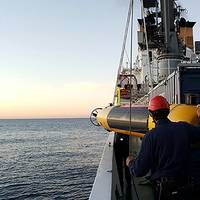 Underwater vehicles communicate, make decisions, and work as a teamThe NATO Center for Maritime Research and Experimentation (CMRE) in La Spezia, Italy, is combining smarts and muscle to solve a complex warfighting challenge: finding and destroying mines in the murky waters of the littoral.CMRE has developed experimental unmanned vehicles for experimentation. Now it is evolving those vehicles to communicate and cooperate with each other, and to solve problems on their own.According to CMRE’s director Dr. 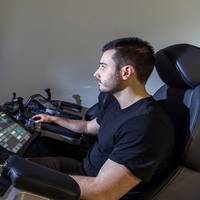 ROVOP, the global subsea robotics specialist, is the latest company to join the ORCA (Offshore Robotics for Certification of Assets) Hub offshore robotics, artificial intelligence and autonomous systems development program. The ORCA Hub is a consortium of five universities – Heriot-Watt University, University of Edinburgh, University of Liverpool, University of Oxford and Imperial College London – that are working together to develop highly specialized robotics and AI technologies for the inspection… 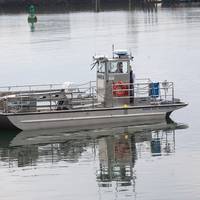 As a part of its cooperative agreement with the U.S. Department of Transportation Maritime Administration (MARAD), Boston-based Sea Machines Robotics announces that it has successfully demonstrated its autonomous systems in action on board a Kvichak Marco skimmer boat during events held along the Portland harbor earlier today.Sea Machines’ technology opens a new era of capability for the marine industry, and today the company demonstrated its ability to increase the safety, productivity and predictability of response for marine oil-spill operations.

UK classification society Lloyd’s Register (LR) has joined with ST Engineering Electronics (STEE), Mitsui & Co., and Smart City Solutions to develop the world’s largest autonomous vessels.The partners will collaborate on the ‘Development of Ocean-going Autonomous Navigation System on a Marine Asset’, the MoU forms the foundation of the MPA-funded ‘World’s Largest Ocean-Going Autonomous Vessel Programme’, which was also announced today.“LR’s involvement in this project builds on… 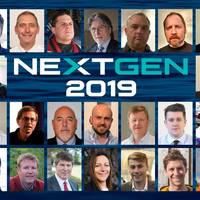 3 One Day Workshops - Southampton UK April 2-4, 2019As the digital age rapidly arrives all around us, it (or IT) may have overlooked that safety at sea is still all about people. To meet the changing requirements of modern fleets, smart organizations and specialist equipment manufacturers now need to work together to blend traditional safety methods with innovation.A unique program of three specialist safety days for the sub IMO / sub 80 feet professional sector is being held back-to-back at the Grand Harbor overlooking the port of Southampton UK this April. 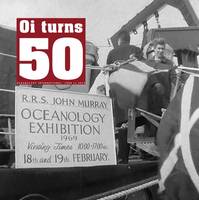 As Oceanology International celebrates its 50th Anniversary, Marine Technology Reporter explores half a century of subsea technology development and discovery. Oceanology International Americas runs February 25-27, 2019 in San Diego.When Oceanology launched in 1969 in the seaside resort of Brighton the world was a very different place. For a start, Brighton was home to the mods and rockers, who would square off against each other on the town’s elegant seafront. The British currency included shillings and ha’ pennies and man had yet to step foot on the moon.More crucially… 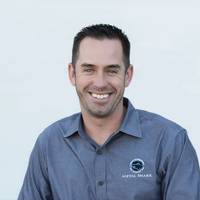 Metal Shark has arguably been one of the more active and successful boat builders in the U.S. over the last 12 to 24 months, boasting a strong order book and expanding facilities and portfolio. In particular, the company has been able to capitalize on the burgeoning ferry market, today accounting for about a quarter of its business, as Chris Allard, CEO, explains.When you look at the ferry business today in relation to Metal Shark’s business, what do you see?Metal Shark has delivered… 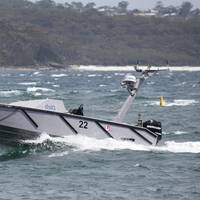 L3 ASV announced the completion of a series of demonstrations at the Australian Defense Showcase, Autonomous Warrior 18.In support of the Defense Science and Technology Laboratory (Dstl), L3 ASV operated a 9-m vessel outfitted with autonomous navigation capability for reconnaissance, interdiction and patrol tasks.The vessel, dubbed MAST-9, operated in fully autonomous mode, including COLREG aware collision avoidance, navigating the waterways at speeds of up to 40 knots, for over 80 hours, across the two-week event. 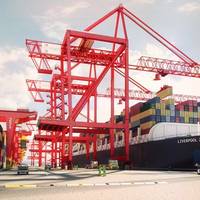 UK has issued  version 2 of the Maritime Autonomous Surface Ships (MASS) UK Code of Practice, giving greater guidance on skills, training and vessel registration. The UK Maritime Autonomous Systems Regulatory Working Group (MASRWG) published the first code of practice to global industry-wide acclaim in November 2017.Whilst not a legal text, the Code has been used by manufacturers, service providers, and others as part of their day-to-day work. Many manufacturers have reported… 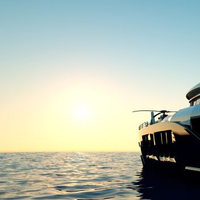 Dutch company RH Marine has started a three-year research in order to let ships sail autonomously in a safe way. The study aims to develop algorithms which enable unmanned self-propelled vessels to sail efficiently from A to B, which recognize dangerous situations and learn to avoid these dangers.The research is part of the larger European project Safer Autonomous Systems (SAS) under the direction of the KU Leuven (BE), in which the safety of various autonomous systems is being researched.

Thomas Chance founded C & C Technologies in his home in 1992. Today C & C is a global oil field surveying and mapping company with more than 550 employees in ten offices worldwide. C & C was the first company in the world to offer autonomous underwater vehicle (AUV) survey services to the oil industry and remains a world leader in the field. In April of 2015, he sold C & C Technologies to Oceaneering International. Complementing the autonomous underwater vehicle business, Mr. Chance started Autonomous Surface Vehicles, Ltd., or ASV, in 2010. 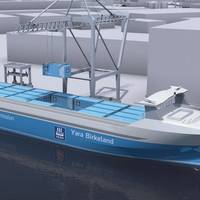 The SMM 2018 scheduled to take place September 4-7, 2018, in Hamburg, Germany, is held every two years and is the traditional launching platform for a variety of commercial shipping and shipbuilding technologies. Five new marine technologies to look for in Hamburg include:Digitalization & Autonomous SolutionsCompany: Kongsberg MaritimeBooth: B6.104Product: Digital transformation and autonomyKongsberg Maritime will show innovations in its operational, digital and seaborne transportation systems including autonomy and hybrid solutions at SMM 2018. 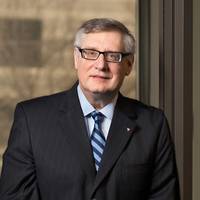 The maritime industry has been challenged, to say the least. Today, where do you see challenge? Where do you see opportunity?It’s clear our business environment continues to change and we have a new definition of what normal means: nothing is normal. We are in era of rapid, disruptive and impactful change.The coming years will bring further turbulence, shaking out our industry and setting the course for the next 20 years and beyond. Market cycles will continue to evolve and will be impacted differently than they are today.For example… 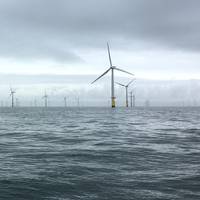 As the global fleet of offshore renewables fleet increases, ways to reduce the cost and increase the efficiency and safety of operations and maintenance work, using robotics and autonomous systems, will also grow. Elaine Maslin reports.Robotics and autonomous systems are moving into many areas of modern day life. It’s becoming harder to avoid them, from our phones to automotive systems and now offshore energy renewable projects.Both are seen as tools to do otherwise dull, dirty or dangerous work…

HamiltonJet plans to launch a new generation of waterjets and advanced control systems at the SEAWORK show in July 2018.The new generation waterjet named the HTX30 has undergone years of research, hydrodynamic design and testing delivering much stronger performance up to 570kW for use in patrol and commercial workboats up to 18m in overall length.According to the manufacturer, the HTX30 is capable of achieving higher vessel top speed, improved maneuvering response, higher static thrust and faster vessel acceleration. In addition, the waterjet’s integrated design allows for much improved mechanical durability, easier installation, improved corrosion protection and enhanced steering and reverse capability.The soon-to-be-unveiled advanced vessel control system is called AVX. 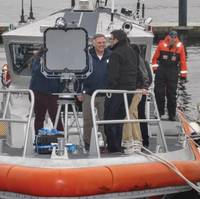 The U.S. Coast Guard Research and Development Center (RDC) in New London, Connecticut, is the service's only command conducting research, development, test and evaluation (RDT&E) support for all 11 statutory missions. Since its commissioning in 1972, RDC has been involved in over 2,000 projects and initiatives that have significantly benefited the Coast Guard and the components of the Maritime Transportation System. As the demand for research and development capability grows within the service… 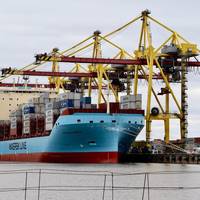 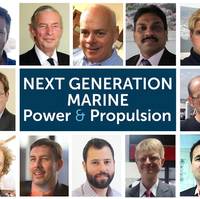 Automotive manufacturers including Tesla and BMW are redefining the energy possibilities for land transport. Hybrid systems are now commercially available and operating successfully in fleets around the world. Tenders for hybrid vessels are coming out with increasing frequency as historic and high profile European maritime cities including London, Paris and Amsterdam aim to reduce emissions. NEXT GENERATION Marine Power & Propulsion conference is being held in Southampton, U.K. on  April 18 and 19, 2018. All sectors are invited to participate in this unique event. 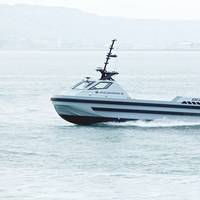