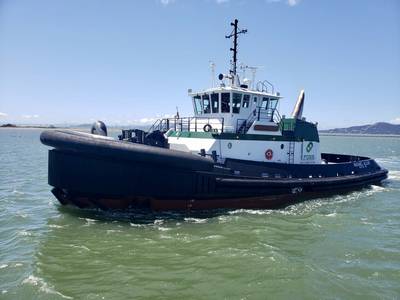 The American Bureau of Shipping (ABS) said Tuesday it has collaborated with Sea Machines and Foss Maritime to advance the adoption of autonomous operations at sea by issuing approval in principle (AIP) to their vessel autonomy system, the SM300, that provides autonomous navigation and collision detection and collision avoidance (CDCA).

Foss is to install Sea Machines’ SM300 system on board its harbor tug Rachael Allen to enhance safety and efficiency of operations. Overall, the system will function for routine transit and stand-by operations with the goals of enhanced safety and alleviating crew fatigue.

According to ABS, Sea Machines’ new autonomous system underwent a series of rigorous product reviews to prove that the technology met ABS’ requirements for the use of autonomous systems aboard vessels. The SM300 system also assists with station-keeping and is capable of interfacing with Kongsberg-MTU propulsion systems.

“Autonomous technology continues to advance at pace and ABS is committed to supporting its safe adoption by the industry,” said Patrick Ryan, ABS Senior Vice President, Global Engineering and Technology. “We are proud to add this project to the list of pioneering initiatives we are supporting all over the world that are gradually realizing the potential of autonomous operations for the industry.”

Through the AIP process, ABS reviewed numerous documents for Sea Machines, including software test plans and concept of operations materials for the Rachael Allen. In such reviews, ABS seeks to identify potential design risks or issues that may result in a substantial change in direction in the project by evaluating the design approaches, rules, regulations and types of calculations presented.

“Sea Machines worked closely alongside ABS and FOSS to yield this most recent approval, which moves our entire industry yet another step closer to widespread adoption of autonomous marine technologies,” said Michael G. Johnson, CEO of Sea Machines. “Earning this approval demonstrates our unwavering commitment to ensuring that these technologies are utilized safely, while making our industries more competitive and productive.”

Foss Project Manager Dan Cole said, "As part of our Always Safe, Always Ready culture, Foss is pleased to be providing the SM300 system for additional crew and vessel safety through the enhanced situational awareness it will bring to our operations."